'Jesus is an ancestor, right?' Mandisa Nduna on spirituality

Find out why the Emoyeni star posed the question and what her answer is. 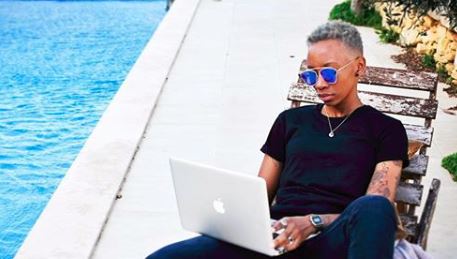 Mandisa Nduna aka Nduna Royal shares her views on spirituality.
Image: Via Instagram

The Emoyeni series has opened up a series of debates over spirituality among viewers  and Mandisa Nduna, who has starred in one of the films has shared her thoughts on the spiritual realm.

When TshisaLIVE asked her how she felt about the approach to spirituality explored in the Emoyeni series, which was co-created and produced by her girlfriend and actress Thishiwe Ziqubu, Mandisa said she loved how they navigated the otherwise complex subject.

"I love the spirituality approached in the film because for me it doesn't matter what you call spirits, whether it's the holy spirit, ghost, angels or ancestors. We can't deny that there's a connection there. Nobody can walk around, even the most religious kind of people, and say that they don't feel the connection because when they talk about the holy spirit that's what they talking about because Jesus is an ancestor, right?"

I mean, Jesus is a person who supposedly lived, a very long time ago and died but he's still very present spiritually. That sounds like an ancestor to me!"

Mandisa said personally she believed in a higher power and felt that despite people addressing that spiritual power in different ways, that didn't actually mean they don't believe in it.

The actress-turned-rapper, played the character of Zen, a celestial being who had a mission on earth but ended up falling in love with the man she's supposed to help.

As a rapper, under the name Nduna Royal, she also isn't shy to invoke debates through her music, which is exactly what she did with her single, All These Thoughts.

The actress told TshisaLIVE at the time that she's always had a love for music and that she just needed a nudge for her to devote more time to it. She said she previously signed to a record label and went through a "dark time" when that didn't work out and wrote the song after that.

"The song is basically about the thoughts that go through my head as a rapper versus my thoughts as a person. It's about the constant struggle between wanting to be a good rapper and being a good person, because sometimes you can't get the two at the same time. So I rap about being caught in the struggle of sinning and winning."

"I cannot stop people from speaking about me, all I can do is make music," says Brickz.
TshisaLIVE
4 years ago

Mandisa played the lead character of Zen, the girl from the other side.
TshisaLIVE
4 years ago

There has been major backlash over Brickz' performance at the awards' nomination party on Friday night.
TshisaLIVE
4 years ago

"To be a woman is to be a strong and resilient being who is able to handle anything that comes her way. I don’t need to be saved or rescued," said ...
TshisaLIVE
4 years ago