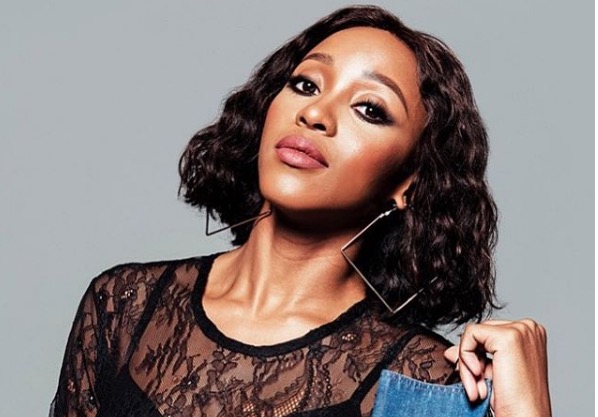 Sbahle Mpisane is in a critical condition at a Durban hospital after being involved in a serious car crash on Victoria Embankment in the early hours of Thursday morning.

Sources within the emergency medical services have confirmed to TshisaLIVE that Sbahle had been critically injured when her car left the road and hit a pole. The vehicle overturned, leaving her trapped inside.

The TV personality and fitness fundi was apparently rushed to Netcare St Augustines Hospital where she's been treated for multiple traumatic injuries and was in a critical condition, sources said.

He said a critically injured woman was treated and stabilised at the scene before being transported to city hospital.

However, Garrith would not be drawn into commenting on the identity of the woman.

Attempts to get additional comment from Sbahle's boyfriend and soccer star Itumeleng Khune, as well as to reach a family spokesperson, was unsuccessful at the time of publishing this article.

Meanwhile, fans have filled social media with messages of prayer under the hashtag #PrayForSbahle ever since horrific pictures from the accident scene emerged.

In other news.. @sbahle_mpisane was involved in a car accident last night! Please put her in your prayers aswell #PrayForSbahle 🙏🏻😩😒 pic.twitter.com/mxYf5QgwKb

Sbahle Mpisane 😭😭💔💔💔.. You are in my prayers.. I wish you a speedy recovery 😿 #SbahleMpisane pic.twitter.com/PP5WsGSoZ1

My fitnesa bunnie😭😭😭😭😭😭 i just dont know what to say. I am so heart broken 😭😭😭😭 @sbahle_mpisane i wish you a speedy recovery pic.twitter.com/1KmbYCqeuO

Babes! PLEASE #PrayForSbahle she was involved in a horrific accident last night

WATCH | One of ProKid's last gigs before his death

ProKid had fans cheering and singing along to his music.
TshisaLIVE
3 years ago