But one thing's for sure, she's going to try harder! 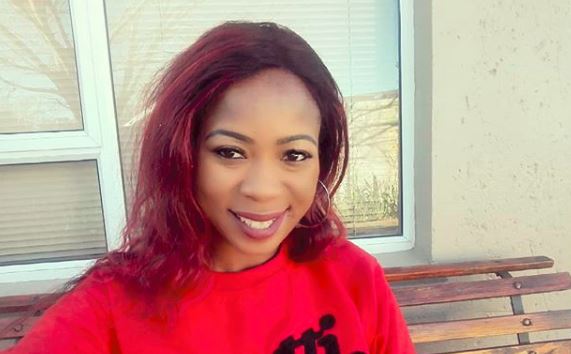 Skolopad is working on being a better version of herself.
Image: Via Instagram

Even though the last few weeks haven't been easy for Skolopad, she's determined to turn things around for herself. And the first item on her to do list is to re-align her priorities.

Just a few days after Skolopad was admitted for an overdose on anti-anxiety pills after a disagreement with a colleague, the professional nurse told TshisaLIVE that she felt as if the ordeal made her realise how she still has so much to live for.

"I have received so much support from people, those close to me and strangers I don't even know. I'm ready to try again. You know, to do better, to try harder for my dreams.

"I've been so stressed. I never used to smoke or drink, but this year I even tried it. I thought it would take my mind off things but that didn't work at all. It hasn't been easy because I stay with my child and I need to keep it together for her."

Skolopad said the blowout with her colleague was only the tip of the iceberg and that she's been a having a hard time at work since the rise of her alter-ego, Skolopad.

She said it didn't help that being Skolopad has been a bumpy ride as well.

"In addition to the problems being Skolopad has brought me at work, I have to work even harder to keep Skolopad alive. Both these women (Skolopad and Nurse Q) are apart of who I am. Both of them matter to me, but I guess not more than being a mother and a daughter."

Skolopad said she was determined to get back to being healthy and would try harder to be a better nurse because she's the breadwinner at home, and also wants to show her seniors that she hasn't lost her passion for nursing.

And just so you know... Skolopad will also still be here kicking down doors until she wins!

The joy of breathing🙌

"I know when I started DJ’ing a lot of people wouldn't even dance... they would just stand there to make sure that I'm actually doing my own mixing," ...
TshisaLIVE
4 years ago

"I cannot stop people from speaking about me, all I can do is make music," says Brickz.
TshisaLIVE
4 years ago

Three years after her newborn son died after being diagnosed with a rare heart condition, Ntombi Ngcobo-Mzolo is pregnant.
TshisaLIVE
4 years ago

Stimela's frontman Sam Ndlovu says fans should catch the train... it will be worth the ride.
TshisaLIVE
4 years ago