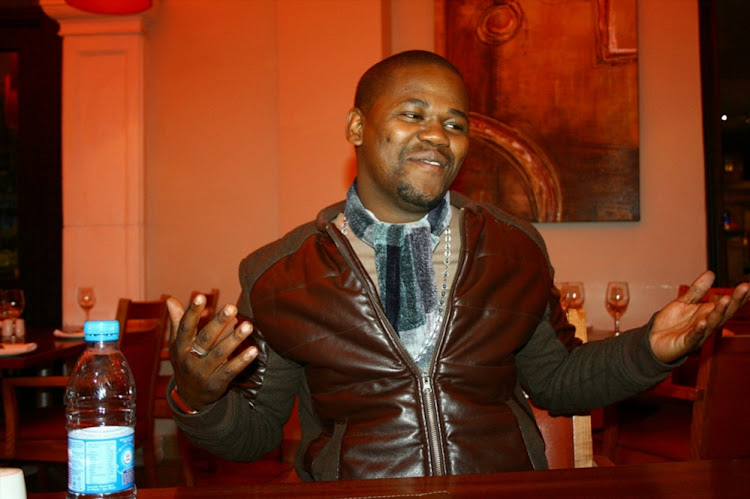 Death be not proud. We know this. We've been through it. Many many times. And yet, each time death comes knocking, its crisp and cool shadow robs of our content. Our joy. Sometimes we console ourselves with the thought that the person lived. Had been celebrated. Had been loved. We feel better knowing we had done right by that person. Done enough. The darkness is whisked together with light and although grey and sombre, the murk is not whole. Other times it is.

Linda Mkhize was just 37 years old when he died on August 8. A statement from his family said he was with friends when he had a 'severe seizure' and at 8:38pm, after numerous attempts by paramedics to revive him, his line was flat. He was gone.

Born at the Chris Hani Baragwanath hospital Mkhize in Soweto, Mkhize wrote rhymes as a teen and was part of a crew called Saudi Western. It was on Rap Activity Jam on YFM that he got recognised and everything a young hip-hop artist wants appeared to be on the cards: recognition, fortune and fame. In 2005, after releasing his debut album, Heads & Tails, he cemented himself even further as a kasi rap king. He opened shows for Busta Rhymes and 50Cent and as each carefully crafted album was released his name was followed by words like pioneer, iconic and trailblazer.

Still, over time, he had to fight for the recognition that he had worked so hard to get. In an interview with a colleague last year he was vocal about the lack of comaraderie amongst fellow musicians.

"Fuck them all. I learnt just to focus on my music and write more verses."

"I forgot the backstabbing and nonsense and tried to find myself again."

It's not a new narrative. The book of a musician is dominated by chapters of grafting, success, friends, living large, troubled times, no funds, no support, no friends.

Known to many of his fans as ProKid (although he later dropped the Kid and referred to himself as PRO), the musician was working on a comeback. Although, more than the music, it was his family and community that gave him a sense of purpose.

In that same interview where he spoke about backstabbing, he also said his wife and child were his reason to wake up. That he wanted to support people through music and by just "being there."

It's hard to miss the thousands of tributes that have been engulfing social media. Amongst the shock and pain, another familiar storyline: regret. AKA said PRO had changed his life and he wished he had "taken more time to reach out to him."

Regret on our parts as we contemplate our lack of support in various ways. Maybe it wasn't going to a concert. Maybe it was illegally downloading music. Maybe it was simply buying into the new and forgetting the old.

Of course, the question is whether that shadow, that murk, has light. The fact that we're able to have these kind of conversations makes me believe so. Like many around us, we celebrate more in death than in life. That's on us. But that doesn't mean in life, there wasn't light.

"Only you can change yourself," he said in a 2006 interview with Mail & Guardian at the height of his success.

READ: All of our pieces on ProKid below

WATCH | One of ProKid's last gigs before his death

ProKid had fans cheering and singing along to his music.
TshisaLIVE
3 years ago

The award-winning rapper spoke candidly about his life and how he wanted respect.
TshisaLIVE
3 years ago

#RIPProKid Tributes pour in for 'number one Soweto boy' ProKid

He was been called one of Soweto's finest.
TshisaLIVE
3 years ago