The Throne reminds Mzansi that Mlangeni Nawa is a great actor!

Twitter: In the spirit of giving people flowers when they can still smell them, give Bra Don his garden of roses already 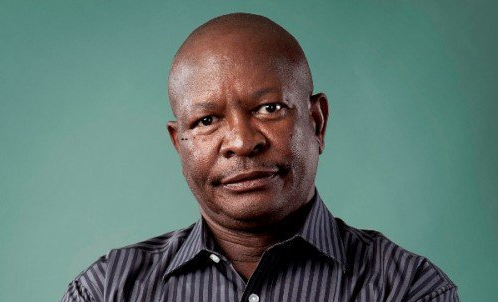 Don Mlangeni Nawa is one of Mzansi's most gifted actors.
Image: Via Twitter

First of all... Setswana is a beautiful language. Now that that's out of the way Mzansi has been unable to stop themselves from gushing about the brilliance of the new royalty- themed drama The Throne.

There are so many things to go crazy about in the series, from the language to the storyline, to the strong women narrative but mostly and particularly last night, Don Mlangeni Nawa's performance was a stand out.

In the wake of Mzansi losing ProKid and Winston Ntshona last week, Mzansi couldn't ignore the talent that is Bra Don.

The actor is most popular for his role as Bra Zeb on Isidingo but he's brought many iconic characters to life including Laqhasha from 'Sgudi 'Snaysi.

Twitter sang his praises alongside how crazy the storyline seems to be curving towards total madness, including this scene below:

They had the memes ready, as always.

How did Moseki know Themba and that Themba is at the Queen ‘s house?#TheThroneMzansi pic.twitter.com/gAFrbtiKC3

So guys Dipuo opened her legs for nothing #TheThroneMzansi pic.twitter.com/y4SUcDZL7b

#TheThroneMzansi I'm pretty sure Themba was searched at the gate or?? Jiki jiki he has gun....ay that's non of my business Shem pic.twitter.com/vaZDBYBywi

"You're in my prayers," Itumeleng Khune tweeted.
TshisaLIVE
4 years ago

'Jesus is an ancestor, right?' Mandisa Nduna on spirituality

Mandisa Nduna shares her views on spirituality.
TshisaLIVE
4 years ago

Skolopad has a new lease on life!
TshisaLIVE
4 years ago

Fans have filled social media with prayers for Sbahle Mpisane after car crash.
TshisaLIVE
4 years ago