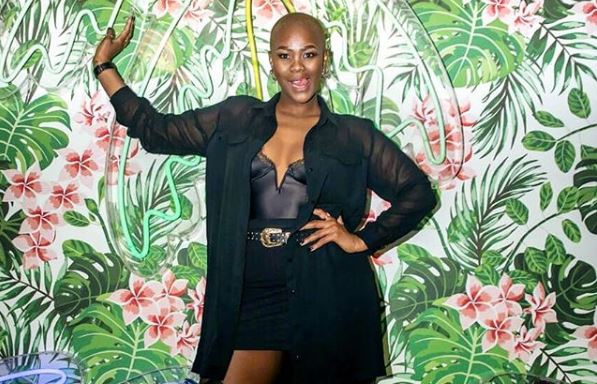 Zikhona is hoping to find a young Idris Elba.
Image: Via Zikhona's Instagram

Actress Zikhona Sodlaka has been serving queen vibes for years with her signature style but admitted that sometimes it led to women questioning if she was lesbian.

Speaking on DJ Fresh's Metro FM breakfast show this week, Zikhona was asked if she ever had women trying to take their shot with her.

But the actress says she is currently looking for a man, with a person in the mould of Idris Elba on top of the list.

"If he could just come and live in Africa, I could elope with a young Idris," she added.

Zikhona acted alongside the Hollywood actor in a film about former president Nelson Mandela and joked about how she could have taken her shot on set.

It is not the first time that Zikhona has teased about a celeb crush. Speaking to TshisaLIVE last year, the actress joked about really liking Nasty C and wanting to be in his music video.

Zikhona has always been open about love and once even wrote a series of open letters to her future bae, just so he knows what to expect when he pulls into the relationship

"Dear future husband. I will love you because of your battle scars, praise you each day for your conquers. A man that has never been to war is not to be trusted with the family," she wrote in one post.

In another she warned #FutureBae not to take too long.

"The idea of you alone, fulfils me. It's kept me going 30 years now. Careful of taking your own sweet time though, I might be too into the version in my head to even recognise you by the time we do meet. #thecrowngetsheavysometimes."

How singer Zikhona spends her Sundays

Nothing makes me feel better than spoiling myself on the weekends, says former The Voice SA contestant, Zikhona Gqamana, who has just released a new ...
Lifestyle
4 years ago

Almost three years since the axing of the Generations 16, over wage disputes, actress Zikhona Sodlaka has revealed that they are still on a quest to ...
TshisaLIVE
4 years ago