As a rape survivor, Jackie finds it extremely insensitive for people to use her book to attack her about being raped. 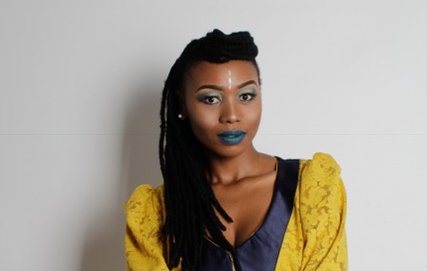 Jackie Phamotse is the author of Bare: The Blesser's Game.
Image: Supplied

Author of the controversial book Bare: The Blesser's Game, Jackie Phamotse has expected to receive hate and criticism for her book, but she's not willing to allow people to  "discredit" her rape story.

Jackie has a love-hate relationship with followers and told TshisaLIVE the most offending thing she's had to go through is people poking holes in her rape ordeal.

"This book is a novel based on a true story. Some of the parts are true and some of the events were adapted to form part of the story. I get people have different opinions about things written in my book, but for some guy to decide to say to me, 'No, you were not raped.' Was he there? Does he want medical records?

"People want to harass me on social media and attack me personally. Instead of just asking me, okay can you share your personal story about rape then... but most of them have ulterior motives for attacking me."

Jackie said the aim of her book was to create awareness about rape and she would not let it be torn apart.

"[The book] tells a story that is meant to raise awareness, not to help people personally attack me about my rape. It is extremely insensitive that a person would try and find loopholes in my story just to attack me."

Jackie recently had to defend herself after numerous social media users called for her book to be taken off the shelves in bookstores on the basis that she's lied about "categorisation" of her book.

Jackie Phamotse has responded to social media calls to have her book, Bare: the Blesser's Game, removed from shelves.
TshisaLIVE
4 years ago

This happened shortly after Basetsana and Romeo Kumalo were granted a protection order against her after the court found that her tweet about a media mogul being involved in a gay sex tape implicated Romeo.

Bassie has labelled the ruling a victory.
TshisaLIVE
4 years ago

Jackie uses her rape story to highlight the after-effects of rape and the struggle that rape survivors experience to go back to a "normal" life.

The book also looks at the blesser phenomenon among other topics such as social media pressure, sexual abuse and harassment.

"I speak about different things in the book, like the brokenness of a family structure. I speak about rape, sugar daddies, mental health... you know... using alcohol to numb the pain. There are so many things that can be taken away by the person reading the book."

However, despite everything happening around her, Jackie is soldiering on with her work both as an author and as a motivational speaker. She's in the process of writing Bare 2 and travels all over the country talking to women.

"It’s been a tough journey but worth it," said Jackie Phamotse on her journey as the author of Bare.
TshisaLIVE
4 years ago

Jackie told TshisaLIVE that she wrote Bare to create conversation around the issues young men and women go through with the hope to help drive change. She said the feedback she receives from women who appreciate her for casting the spotlight on such issues motivated her to soldier on.

"The book on its own was meant to educate and raise awareness, it was not meant to be a way of bullying people. It was always meant to help young people, that is why I wrote the book."

Bonang shares iconic Y Mag cover she did with ProKid

Bonang has joined thousands of fans in remembering ProKid's leacy.
TshisaLIVE
4 years ago

AKA told the troll to check his life.
TshisaLIVE
4 years ago

Wanda Baloyi opens up about how inner-strength helped her beat depression.
TshisaLIVE
4 years ago

Skolopad has a new lease on life!
TshisaLIVE
4 years ago