The "number one Soweto boy" made rapping in vernacular cool, he was a trendsetter like no other! 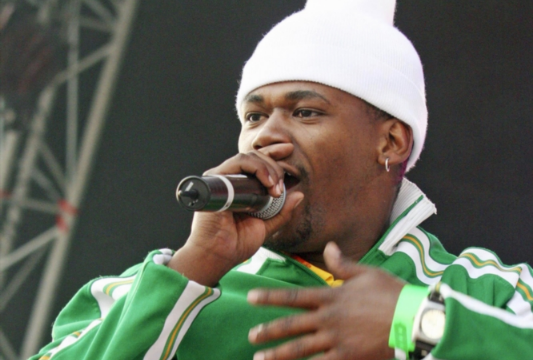 Hip hop artist ProKid entertaining the crowd, this was back in May 2006.
Image: Gallo Images/Thabo Moloto

From the moment ProKid instructed the world to come see in his song Wozobona, it was evident that the "number one Soweto boy" was on to something but Mzansi couldn't have anticipated just how great his talent was!

Born Linda Mkhize, ProKid's first mandate as an artist was to make it known he was representing Soweto.  This was back in 2005, a time where you either had "it" or you didn't.

He later etched it in the minds of people that he was the "number one Soweto boy" by  doing a DJ Khaled style shoutout of this phrase in almost all his songs. It mattered greatly to him.

ProKid's debut album, Heads and Tales, gave a clear picture of the kind of storyteller he was but even more, it indicated that ProKid's presence would be felt for more generations to come.

To have lived in that era of SA hip-hop was a privilege because SA started telling their own stories and embracing their blackness and black culture.

In the early 2000s, the airwaves were dominated by the likes of ProKid, Proverb, Skwatta Camp, HHP, Morafe, Jozi, Tuks and Zola 7 among others, at a time where being who you represented meant something to rappers.

ProKid wasn't the sole Soweto representative but he owned it like he had the title deed to the entire township.

It wasn't just the artistic prowess or the lyrical dexterity or the bars he dropped in his songs that set him apart, it was the township soul in his stories and the tangible vibe of his kasi was felt in the beats of his songs.

Think of his songs: Soweto, Bhampa, Sekele, Makasana, Ungapheli Umoya... there was (and still is) no way you can listen to these songs without finding yourself mentally at a corner car wash in the hood or chilling with abo'mjita at the park or a self-made soccer field.

It carries the life and vibe of Soweto, which resonates with many other townships in Mzansi.

ProKid made it cool to represent your hood and to own it for everything it is, the good, the bad and ugly.

Come to think of it, rappers like Kwesta and Blaklez have shades of ProKid in their music, if your listen closely to their lyrics and at times their flow.

ProKid wasn't always "out there" and believed that making timeless music as opposed to popular music was the only way to stay relevant.

While ProKid would sometimes just "hide" he was always cooking up something and in his beloved community, he was always looking to lend a helping hand.

To represent a place in hip-hop has always been a territorial thing, but for ProKid, it wasn't like that. Others wore their hearts on their sleeves, he wore his heart for his Soweto on his sleeve.

Soweto was a big part of who ProKid chose to be and that is what set him apart!

Wanda Baloyi opens up about how inner-strength helped her beat depression.
TshisaLIVE
3 years ago

Skolopad has a new lease on life!
TshisaLIVE
3 years ago

AKA told the troll to check his life.
TshisaLIVE
3 years ago