The four-part drama series got a standing ovation from Twitter for taking on a different look of spirituality. 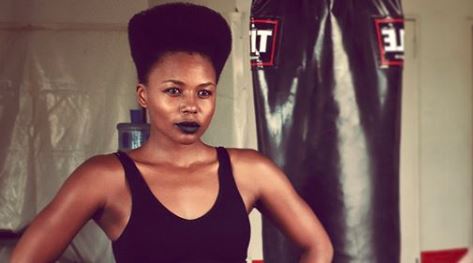 Thishiwe Ziqubu is very proud of the work done in the Emoyeni series.
Image: Via Instagram

Four Sundays and four amazing episodes later, Thishiwe Ziqubu and her Emoyeni series team are brimming with pride after the show was clearly a hit with Mzansi, who has called for more.

Emoyeni also marked the actress's debut as a producer and she told TshisaLIVE it brought her so much joy to witness the positive response from viewers.

"It has been an absolutely incredible journey and it's been very real. Every one of these actors gave their everything to their craft. These films were not big films and it depended greatly on the small team of cast and crew there for a great end-product.

"The experience has validated why we are given gifts such as these. We were given these talents so that we can effect change as creators," she said.

Not only was the series thought-provoking, it also featured some of the greatest actors Mzansi has to offer and SA viewers were not blind to that.

"I enjoyed casting so much because I love other actors. I looked for truth, if I believe you, what you are saying, what you are portraying lives within you, in your heart and your soul. I didn't want people that just read the lines but people that connect to the material."

Thishiwe teamed up with Fireworx Media in co-producing the urban fantasy and had other talented people like Mmabatho Montsho also direct some of the episodes.

"Producing a show of this nature without a special effects budget came with its challenges. We had to create a heightened existence with ordinary materials. Pushing the envelope in each film required creativity and attention to detail."

The series has left fans excited and asking for more. They praised Thishiwe and the team across all social networks on Sunday night after the last episode aired.

The whole team!! This filmmaking process. Everything worked and the actors carried it so well, the execution of it all #Emoyeni 😭😭🔥🔥🔥 @Thishiwe @MmabathoMontsho @ERFJAY @ThaboRametsi @b4bokang @nfvfsa yhe mahn!! I haven't seen something like this in a such a long time 🙏 pic.twitter.com/BSiyoh6JX9

This so called traditional healer was actually a witch??!! 💔❤😒😒#Emoyeni pic.twitter.com/JovDbqDfjy

Big up to the amazing director @MmabathoMontsho & @Thishiwe for gracing us with this massive episode👏👏👏👏👏. It's unfortunate that this is the final segment😢 #Emoyeni

Mh! Sangoma saka 2018, ukhona naku instagram😂😂 You don't take off your shoes when you walk in, the bones are thrown on table glass where consultation is being held. Only makhosi blew into the bones. Eeeehhhhhhh #Emoyeni pic.twitter.com/rjdD8FVrPd

Tonight's episode left me like this.....It would've been much mooore great if Emoyeni plays Mon-Fri😊😊.
By the wai Its an Amazing show ever @Thishiwe ❤❤❤❤#Emoyeni pic.twitter.com/Ia62DoNwT2

"He said that it had been a while since anyone had called him and asked him to come through and perform. He didn't have a lot of gigs. It really hurt ...
TshisaLIVE
4 years ago

As a rape survivor, Jackie finds it extremely insensitive for people to use her book to attack her about being raped.
TshisaLIVE
4 years ago

Bonang shares iconic Y Mag cover she did with ProKid

Bonang has joined thousands of fans in remembering ProKid's leacy.
TshisaLIVE
4 years ago

AKA told the troll to check his life.
TshisaLIVE
4 years ago