Here's why DJ Black Coffee is creating a streaming app

It has to do with helping African artists that have been shut out of the music industry. 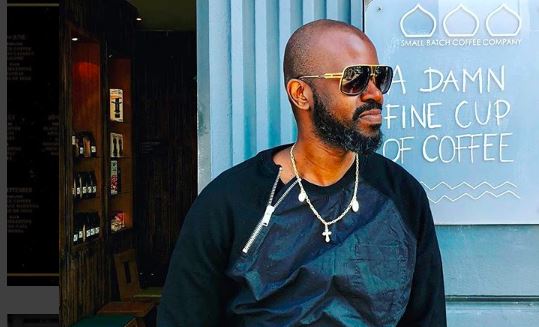 DJ Black Coffee has explained the motivation behind his plans to start an app.
Image: Via Instagram

DJ Black Coffee plans to take up-and-coming musicians take their music to the world through his much-anticipated streaming app, GongBox.

Coffee believes it will help give aspiring musicians exposure and will motivate young people in general to create our own  platforms.

"I've always felt like our future is not certain, because it was in other people's hands and I feel like that's how we've been as a continent. We've always been ready to give our future away to the next bidder who promised us whatever they bringing. So my worry has always been, 'when do we start creating our own things?' And our own things, not just independent record labels," he told Okay Africa.

"Half a loaf is better than no bread" we were told.
We want the Bakery.

Coffee gave another example that was even closer to home for him, it involved how he wouldn't want his son to follow in his music footsteps.

"My 18-year-old son loves music, and he tells me, 'I wanna get into music,' and I'm like, 'don't do that.' But I wanna be able to say, 'do it because there's a platform for you—like, if your song is good and it's uploaded here, that's all you need,'" said Coffee.

The app's name GongBox and has been in the works for the past "four years, going on five" by Coffee and his team at Soulistic Music. The DJ explained that it is a music platform, similar to Spotify, Apple Music, iTunes and the like.

But it's tailored for an African market.

Coffee explained that he was aware that if he didn’t end up meeting Oskido and others that helped him, he may have never gotten his break. He said he wished there was a better structure in place to help upcoming artists at home.

Speaking at the Midem African Forum in Cannes, France, Coffee previously explained that anyone getting their info about Africa from the TV has got it all wrong.

"Firstly, everything you see on TV about Africa is bullsh*t. We are not the Africa that the world shows you today. We have grown."

The muso says Africa has "developed so much" and that he was still touched by the stereotypes floating around, even in the industry.

"One of the things that I struggled for the longest time, as an artist from there, is when I go do a gig at a place and next to my face on the flyer they will put an African mask and the bongos and the congas (drums). We say no! I am not from that era. Yes it is in my music, but how do you put that flyer next to Kanye? Do you put chains and slaves next to him?"

We are all looking forward to Coffee's app and how it's going to help artists in SA, and Africa as a whole!

Mandisa Nduna on being told she has 'big d**k energy'

Do you know what "big d**k energy" is?
TshisaLIVE
3 years ago