Mandisa Nduna on being told she has 'big d**k energy' 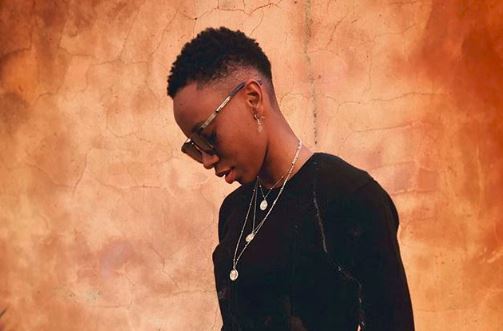 Mandisa Nduna aka Nduna Royal is a woman who's been kicking down doors in the hip-hop industry with her smooth tunes and confidence.

Mandisa told TshisaLIVE that she's been told she exudes "too much" confidence for a woman, something that's called "big d*** energy" which loosely translates to "too much ego".

But that hasn't deterred her in the least.

"I'm usually told that I have too much confidence, sort of like big d**k energy. It's (the phrase) that trended on Twitter  and it is about men and women who exude a certain type of energy or confidence. So one time I was busy at a photoshoot doing my thing and some girls described it that way. I'm confident in myself and in my craft because I work hard at it."

The phrase has been dominating Twitter timelines with people interpreting it in different ways. Some tweeps believe it's not confidence but arrogance, while others, particularly men believe the term is offensive.

The actress-turned rapper explained that her kind of "big d**k energy" was all about confidence and that she never intentionally aims at anyone.

However, that doesn't mean she will take hate lying down.

"I rap about things that are close to my heart but in a typical rapper way. Like in Crew, I talk about some people that have done me wrong in business and I go into some really personal space. But for me the biggest thing for me right now is content and I am in studio a lot because I got a lot to say,"

Mandisa said the moment she listened to the beat that is used on Crew, she knew it was made for her track.

"So I listen to these beats, there were about a 100 of them and I think about half way through, I heard this particular beat and I was 'oh my God!' then I ran to the kitchen, Thishiwe was in the kitchen and I made her listen to the beat. The minute she put those headsets on and started moving, I knew it was the next single."

The four-part drama series got a "standing ovation" from Twitter for taking on a different look of spirituality.
TshisaLIVE
3 years ago

Skolopad on hitting the stage: 'It felt great & reminded me why I started'

Skolopad couldn't believe how great it felt to perform this past weekend.
TshisaLIVE
3 years ago