'Get out, Satan!' - Cassper hits back at broke artists shade 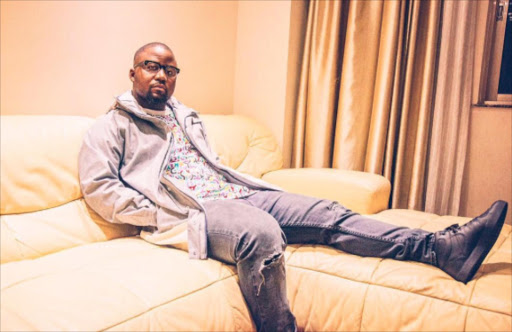 Cassper Nyovest sent a critic spinning after the tweep weighed in on a debate about artists dying broke, by claiming that the Doc Shebeleza hitmaker was evidence of an industry that splurges instead of saves.

Muso L'vovo started fires on social media on Monday when he responded to reports about government's offer to help ProKid's family bury the star. He claimed that local artists died broke because they were not valued or appreciated.

Twitter was soon filled with comments about whether artists used their money in the right way. One tweep used Cassper's love for flashy watches and his two Bentleys to drive his point home.

"'Why do musicians die broke?', fam the likes of Cassper buying two Bentleys that look the same and Rolexes. What's the point? Instead of investing, when he is broke you gonna ask us why musicians die broke." wrote one Twitter user.

Cassper, who just got back from living his best life overseas, hit back by questioning he he was being dragged into the fiasco.

Meanwhile Metro FM's DJ Mo Flava took to his radio show on Tuesday to suggest that more needed to be done to change the culture of musicians.

"I have sat with musicians and it is not often, if ever, that I hear them (artists) talk about putting money away. Ishmael was in the studio the other day and I don't know how many lives he's had...he's made a lot of money in his career but he has very little to show for it. Now whose fault is that? If something goes wrong and we are not talking another story, what are we going to say then? Whose fault is it then?".

He claimed that government and the media hated local stars.
TshisaLIVE
4 years ago

Pabi Moloi on being broke: I once ran out of petrol on the highway

Pabi knows all about those broke struggles.
TshisaLIVE
4 years ago

Malcolm X does not consider himself a blesser even though he's constantly handing out stacks of cash.
TshisaLIVE
4 years ago