Brian Dube is still in disbelief that a woman could do that to another woman, who was fighting for her life moments after the horror car crash. 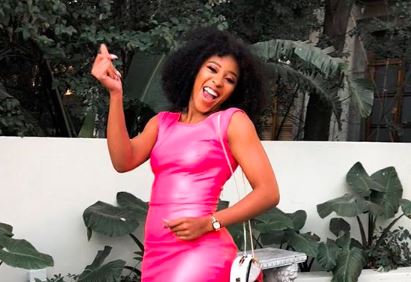 An unidentified woman allegedly stole Sbahle Mpisane's weave hair piece at the scene of her car accident.
Image: Via Instagram

As Sbahle Mpisane continues to recover in hospital after a horror car crash two weeks ago, eyewitness Brian Dube has detailed how an unknown woman snatched the fitness star's weave from her head and didn't stop to help.

Brian told TshisaLIVE he still couldn't believe what unfolded before his eyes and labeled it an "inhumane" act.

Brian, who lives across the road from where Sbahle's car crashed into a tree was one of  the first people to arrive at the scene and helped put out the fire with an extinguisher.

He said when he ran towards the car to help he saw the woman take off with Sbahle's weave.

"When I ran to the car I was right behind her, but when I got there and saw the fire, my main concern was putting out the fire. That's when I realised that the lady was leaving the scene, going the other direction with the weave. She left me there while I was busy with the fire. It was just a lady, who was walking."

Brian said he initially didn't want to share the information because it was shocking for something like this to take place on women's day.

He said that it was only after the commotion died down that it actually hit him that a woman didn't care enough to help another woman on account of an "expensive" weave.

"When I thought about it later, it was just a huge joke. I mean, I didn't know that the lady in the car was Sbahle. But even then, I was so shocked that someone could just take the weave and leave a dying woman in the car, just like that, because of a weave."

Brian said he has been to the hospital to visit Sbahle, but unfortunately wasn't allowed in as an 'unauthorised vistor'.

"We are thoroughly humbled that so many people from various parts of the world are with us in their prayers. All humanity support becomes a pillar of strength and thus we strongly believe she will pull through this test of life."

'We believe she will pull through this test of life,' says Sbahle's dad

Sbahle Mpisane's family and friends have organised a prayer and fitness session.
TshisaLIVE
3 years ago

The Mampofu's ooze swag and they are a talented bunch!
TshisaLIVE
3 years ago

Rami Chuene hits back at critical pastor: 'He needs to relax a bit'

Rami's character on The Queen came under from a man of the cloth.
TshisaLIVE
3 years ago