The Ndizakulinda hitmaker said he had food poisoning. 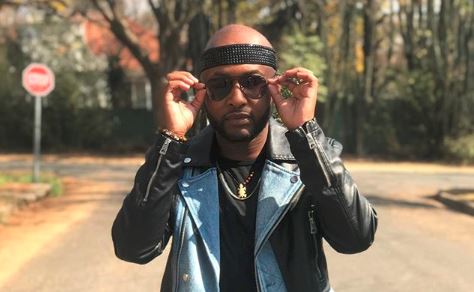 Vusi Nova's fans can rest easy after the singer said his hospital visit wasn't a matter of life or death.
Image: Instagram/VusiNova

Just two days before the national launch of his new album, Manyan'nyan, Vusi Nova shared a picture of himself on a drip in hospital which left fans concerned, however there's no need for panic.

Speaking to TshisaLIVE, Vusi explained that there was no need for concern.

"No, my fans can relax. I am all better now. I vomited a lot on Friday after the Satmas. I was in Cape Town and so only after I got to Joburg did I make my way to the hospital. I was obviously dehydrated and drained, so they put me on a drip."

Vusi said he was grateful that his hospital stay was short.

"I originally thought I just ate something bad, like it was just a stomach bug. But they (hospital staff) said it was food poisoning. I can't pinpoint where I may have gotten it from but since the drip, I feel great."

Vusi said nothing could put a damper on his mood this week.

"Nothing can bring me down this week. We are obviously super excited for the album which will be available on August 24, this coming Friday. I really feel like people are going to love this one."