The interview was explosive! 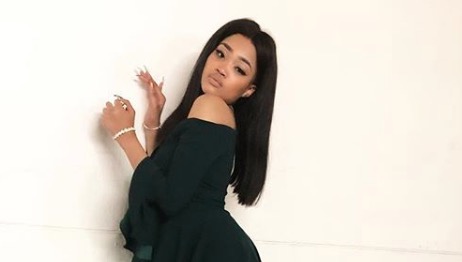 After months of denying swirling rumours about her relationship with AKA, video vixen Nicole Nyaba has spilled major tea about the alleged whirlwind romance with the rapper on the cover of Drum magazine.

Rumours that Nicole and AKA were romantically involved first surfaced late last year, but they both denied it.

However, Nicole has reportedly confirmed that not only were they in love, but they were also living together in AKA's pad.

"Kiernan is a nice guy. He is sweet. He opens doors for you, asks if you're hungry and tells you how beautiful you are when you wake up in the morning. He was an amazing boyfriend. He was constantly making me fall in love with him."

Nicole revealed that she and AKA apparently started dating a few months ago, but insisted she was not the reason for his split from Bonang Matheba.

Nicole claims that they were both on cloud nine until the weekend of the Durban July when they had a fight and things took a downward turn.

The socialite further claims that Zinhle and AKA are back together, which she believes is the reason for her split from the rapper.

"I asked him if he was with Zinhle and he admitted it," she told the magazine.

AKA told the magazine that he did not understand why Nicole was "going on about this thing".

Attempts by TshisaLIVE to get further comment from AKA were unsuccessful at the time of publishing this article.

DJ Zinhle has also not yet commented on the claims, however just last week she poured cold water on rumours that she and AKA were an item. The speculation came after a picture of her and AKA getting cosy at a nightclub went viral.

DJ Zinhle hit back at rumours that she's back with AKA.
TshisaLIVE
3 years ago

At the time AKA told TshisaLIVE that he challenged anyone with pictures of them together to come forward and attached a reward to it.

Last month she also sent Twitter went into a complete meltdown after she shared pictures of herself at what tweeps believed was AKA's Bryanston pad.

Nicole has asked fans if they wanted to see nudes seemingly linked to an ex.
TshisaLIVE
3 years ago

Nicole Nyaba says she can afford her life, thanks very much.
TshisaLIVE
3 years ago

Criselda and the rest of Mzansi has expressed outrage over the video.
TshisaLIVE
3 years ago