'She needs to learn some moral lessons' 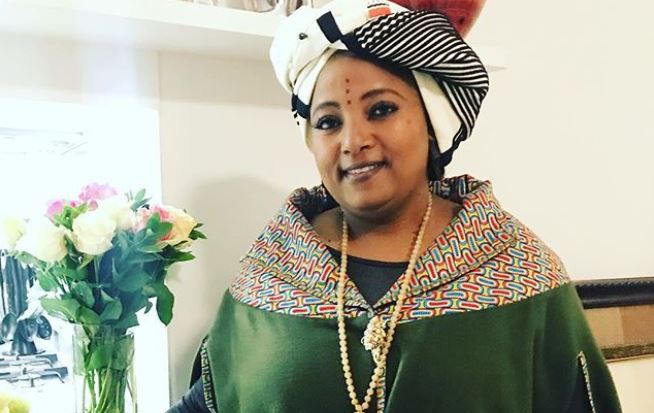 TV and radio personality Criselda Dudumashe has added her voice to the widespread outrage that has gripped social media after a video of a 19-year-old teenager beating a 69-year-old gogo went viral.

A video of the incident, which took place in Ezibayeni, KwaZulu-Natal is currently doing the rounds on social media.

In the video the young girl could be seen beating the gogo with a stick, while an unknown person filmed the incident.

Criselda shared the video on her Twitter page, along with a stern warning about the dangers of staying silent while children "go astray".

"She (the girl) needs to learn some moral lessons. Generational decay occurs when adults are silent when children go astray."

Please help me find her! She needs to learn some moral lessons. Generational decay occurs when adults are silent when children go astray. pic.twitter.com/1DJkuZ1mop

Criselda said she wanted to meet with the girl to help the youngster "internalise what she did."

She was released on bail until her next appearance on September 11.

"She appeared in court on a charge of assault to do grievous bodily harm and was released on free bail, like a warning," he explained.

Meanwhile, users on social media continue to voice their anger at the girl in the video and also took aim at the person recording the incident.

No no no no no this is so wrong my God this is heart breaking I can’t stand 💔😢😢😢😢😭😭 such a young kid assaulting an old powerless old woman 👵 jerrrrrr this kids deserve to be punished.. pic.twitter.com/unOuIs751G

I'm more disturbed by the person recording... she was stifling her laughter... what's there to laugh about honestly?

Don't know what is worse the girl hitting the old lady or the person taking the video and laughing pic.twitter.com/X70TeOHPZ5

Please when you do find her let me know pic.twitter.com/9T4o966Uwu

She doesn't know the curse she just brought into her life by hitting an old woman. Oh I feel sick😭😥 pic.twitter.com/3P4khWQ35K

She who took the video is equally involved... she must also be found!

"The people who are mocking her are not offering to help her," said Malcolm X.
TshisaLIVE
3 years ago

The video has gone viral as users continue to share it on social media platforms.
TshisaLIVE
3 years ago

The man was lying on the stone while mourners buried ProKid.
TshisaLIVE
3 years ago