Lady Zamar: People need to stop dragging me for how I dress

Sis is totes over the unsolicited advice... 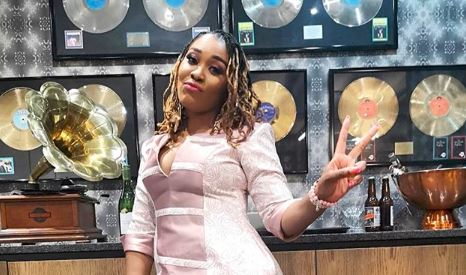 Lady Zamar says she will experiment with style however she likes, whether people like it or not.
Image: Instagram/Lady Zamar

Lady Zamar wants to make it crystal clear that people only have the right to judge the appearance of her public persona and not her "real style" because they're not tight like that.

The musician, who has often been ripped to shreds for her unique and avant-garde style  said she was totes over being dragged for it.

"First of all, people need to stop dragging me for what I wear. Like, I am not going to dress the way you want me to. When it comes to performances, we will give them what they want. When it comes to public appearances, I will give you what you want. When I'm at home, doing my thing, it's not your place, you don't have a say. I don't have a say in what you wear," she said on YFM.

Lady Zamar spoke about the blonde wig and "soccer socks" outfit she recently wore that almost broke the internet.

The Charlotte hitmaker said she was not willing to compromise on her style or being comfortable when she's at home.

"So when I am innocently posting a picture because I think it looks super dope and they were not soccer socks, fyi!  Those are stockings that I cut with a scissor and decided to wear as socks. So stop being haters."

Lady Zamar has become a major talking point on Twitter for her fashion sense.
TshisaLIVE
4 years ago

Lady Zamar also revealed that she usually dresses herself from her clothing line (that is currently not available to the public). She said she was enjoying having fun with her looks and testing out different things.

The singer who was ridiculed for the outfit she wore to the Miss SA pageant added that she's never really agreed with the hate thrown toward her.

Lady Zamar found herself in the middle of a social media storm over her fashion sense.
TshisaLIVE
4 years ago

Lady Zamar said she's ready to give the people what they want where music is concerned. She said fans can expect new music from her come 2019.

FALSE ALARM! Sorry fam, Ayeye is NOT coming back for season 2

Hard luck Mzansi, it's not happening.
TshisaLIVE
3 years ago

"We are people. People who are trying to make gold from the dirt we are given."
TshisaLIVE
3 years ago

"People think because you are on their radio and TV you are richer than them and artists feel they need to maintain that idea."
TshisaLIVE
3 years ago