Skolopad: No, I'm not signed yet but Dr Malinga's been putting me on

Skolopad's performance with Malinga had fans asking if she finally secured the deal! 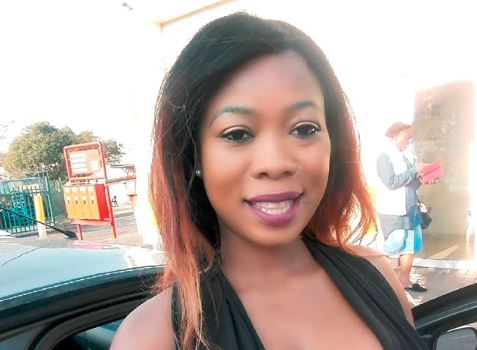 Skolopad has dismissed speculation that she's been officially signed to Dr Malinga's label, Lingas Entertainment after they did a series of performances together.

Fans got excited when videos of Malinga and Skolopad sharing the stage and traveling together in Lingas branded transport for performances emerged on social media. They believed that the record deal that was in the pipeline had been sealed.

However, chatting to TshisaLIVE Skolopad poured cold water on the rumours.

"No. I'm not signed yet but Dr Malinga has been putting me on. When I talked to Malinga he suggested that I come do a weekend of performances with him, you know like a protégé would shadow a mentor. I thought it was a great idea since I am off work for now so I drove to Joburg and met up with him and the Lingas crew for a weekend of fun."

Skolopad said she took the opportunity to shine bright enough for Malinga to see how much she wants it.

"I've always hoped that Dr Malinga would eventually sign me and when he said 'Not at the moment' the first time around, I understood that he needed me to prove how much I want this and how much passion I have for music and performance. So when called me up to tag along to his performances I took my time to show him what I am made off."

The musician said it felt great to be associated with the Linga’s power if not for the fun of it but for the credibility it gives her talent.

"It felt amazing that he was putting me on, I mean I am not his artist... at least not yet, but whenever people stopped him he would also tell them, 'Hey, I am with Skolopad today.' It was an amazing feeling and an experience I will always cherish."

Speaking to TshisaLIVE previously Malinga also cleared assumptions that he had already signed Skolopad to his record label, saying their talks were not "that far yet".

"No, I haven't signed her and I can't confirm anything right now. We met and she said she needed help with her music because she can sing. So I said I would help her with her production on a song of hers."

Watch them setting the stage on fire!

The People's Blesser opens up about the queen of his heart.
TshisaLIVE
2 years ago

"We are people. People who are trying to make gold from the dirt we are given."
TshisaLIVE
2 years ago

Unathi on new album: 'I thank God for giving me the strength to let go of things that made me comfortable'

She produced and wrote 60% of the songs.
TshisaLIVE
2 years ago
Next Article