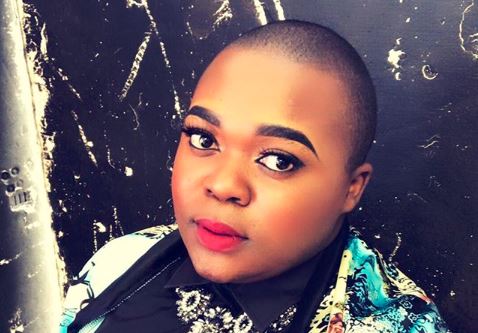 Selby Selbeyonce Mkhize is unapologetically gay and is brilliant at his job.
Image: Instagram/Selbyonce

Selby "Selbeyonce" Mkhize has shared the profound effect his recent nomination has had on him in reminding him just how much his presence in the industry and radio in particular inspires others.

Chatting to TshisaLIVE Selby, whose humble beginning are rooted in a village in KZN, said while there has been progress around homosexuality, it is slow in the entertainment industry.

"Every day my job is a reminder that we (gay) are great. That I am great and work very hard to be the best at what I do, whether on radio or in television. So that we can open doors for many others. So it will be easier for the gay boy in the rural areas to say, 'if Selby did it, so can I.'"

Selby explained that throughout his career, he's realised that he had the big task of carrying the "rainbow" flag with pride.

Not only so that he could represent his people in an industry that often "just pretends" to love gay people, but also for those people in the villages that still struggle to understand what it means to live with people that are members of the LGBTQ+ community.

"The word gay and homosexuality has been painted in a very wrong way to people. I don't necessarily know whose fault it is, but it happens. We are made out to be promiscuous and that the only thing we know how to do is sleep around with men. That all we think about is men, men and men! Meanwhile, we are people. People who are trying to make gold from the dirt we are given."

For the Ukhozi FM personality, who said that he's never been anything other than his true self, it meant a great deal for him to have a platform to be himself and to be a role model to upcoming stars.

"It means so much to be who I am in this industry and to still be celebrated in the way that I have. It isn't the most welcoming of industries, but for me to be here means I am doing something right.

He's been nominated in the Mzansi Viewers' Choice Awards and you can vote for him here.

The People's Blesser opens up about the queen of his heart.
TshisaLIVE
3 years ago

"People think because you are on their radio and TV you are richer than them and artists feel they need to maintain that idea."
TshisaLIVE
3 years ago

Behind the multi-talented model, there's Refilwe, the woman who's always down to bunjee jump...
TshisaLIVE
3 years ago