Idols SA favorite King B chats to us about vying for the title.

Image: Mzansi Magic Idols SA Basimane Boys Melato says he's here for everything Idols SA and Mzansi has to give.

Out of the tens of thousands of people, who auditioned for Idols SA this year, the number has been narrowed down to 16 and King B is one of the people shining brighter than most at the moment.

Chatting to TshisaLIVE the Idols SA hopeful explained that making it to the live shows of the singing competition felt "just right" and it's like he's finally getting his tailor-made spotlight.

"I've been singing for as long as I can remember. I have been singing as a backing vocalist, it hasn't been easy but one thing I have never stopped doing was singing and I feel with Idols, I am getting a chance to give people me. I've been waiting for my time in the sun!" 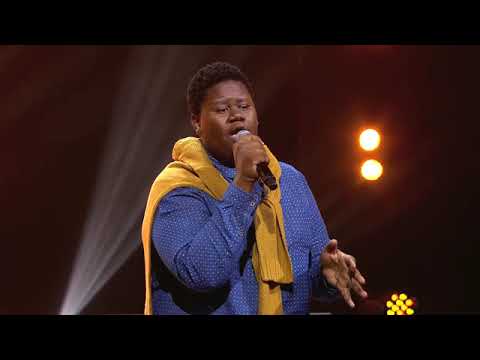 King B, whose real name is Basimane Melato initially didn't tell anyone about his plans to audition for the singing competition. He said that with the exception of his mom and dad - his siblings and friends found out about his Idols journey when they saw the adverts on TV.

"Everyone was shocked that I didn't tell them but not shocked that I went. They said when they saw the ad, they hoped it was me. They had been telling me to go and try my luck. I waited till I felt I was ready and now here I am."

King B said he couldn't find any fault with his Sunday performance where he sang Sam Smith's Stay With Me.

It was the live shows and King B said he couldn't find any words to match the thrill of being on that stage. King B said that he believed that his Stay With Me rendition was one of his best performances yet.

"I had the best time on that stage it was amazing!" 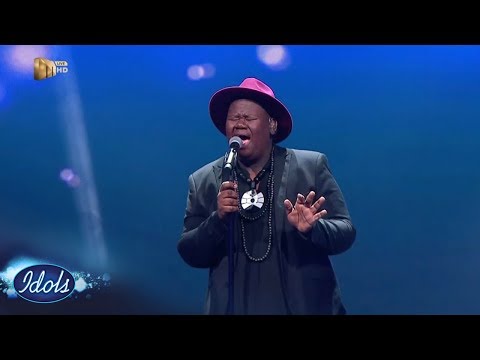 King B's personality and his trademark Vosho has had Twitter falling in love with him, which he's grateful for.

The HR student from Kagiso said he wasinspired by Miss Universe Demi-Leigh Nel-Peters to finally come claim his greatness. He said he hoped for a standing ovation for every performance and was here to bag everything!

He said the name King B is a symbol of the vocal royalty he is, a voice that is meant to sing for kings because he is a king himself.