Mpho said that young, black people stay winning no matter what is thrown at them and that in itself is amazing! 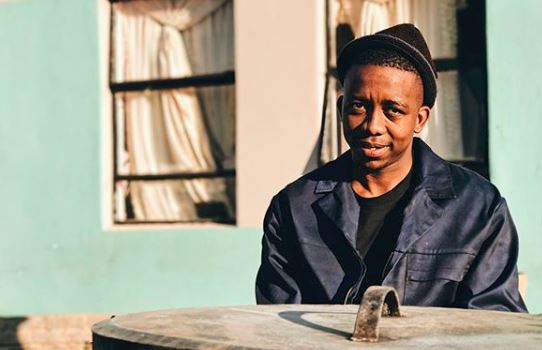 There's no denying how challenging it is to be a young, black person in Mzansi and actor Mpho Sebeng has applauded the youths' resilience which he says is the one thing that makes them win no matter how many odds they face.

The young actor, who recently bagged a role on The Throne told TshisaLIVE that he was impressed by how many people were securing the bag and winning at life despite the stacked challenges they face daily.

"I think that in the world we live in as a black man the odds are stacked against you. You are born to lose but your defying factor is that you were built to win. I think that most young black people find their dreams and desires being in dispute with a lack of funding, resource and/or opportunity," Mpho said.

He said historical disadvantages still played a huge role in the lives of young black people who have to fight every day not to become victims of their circumstances.

Mpho, who is popular for his character on Ring Of Lies said he's grateful for the growing opportunities that comes with his job. He added that when he was on the production he was like a sponge because he wanted to learn as much as he could.

Mpho said his character Goitseone has helped him stretch his ability as an actor.

"One thing I am grateful for is being able to play different characters with different backgrounds. This role helps me stretch out my range a little bit and allows me to tell a story that is either shied away from or just isn't told well enough."

"We are people. People who are trying to make gold from the dirt we are given."
TshisaLIVE
2 years ago

FALSE ALARM! Sorry fam, Ayeye is NOT coming back for season 2

Hard luck Mzansi, it's not happening.
TshisaLIVE
2 years ago

Unathi on new album: 'I thank God for giving me the strength to let go of things that made me comfortable'

She produced and wrote 60% of the songs.
TshisaLIVE
2 years ago