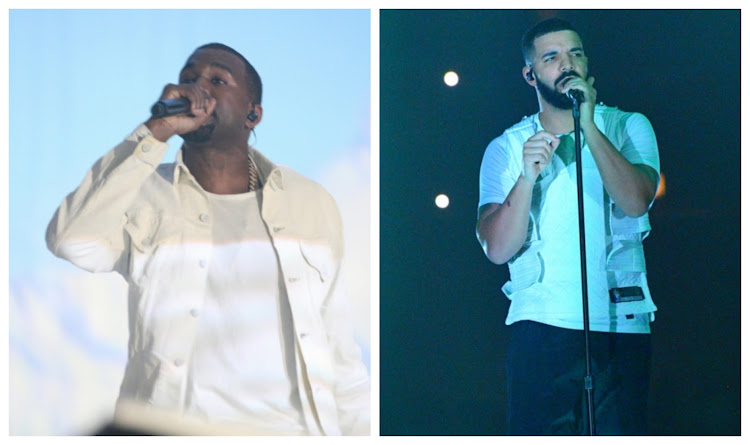 It seems like Kanye West is finally ready to bury the long-standing beef between him and Drake.

Kanye sent the internet into a complete meltdown on Wednesday morning when he shared a thread of tweets addressing Drake.

Kanye started off by sending "good energy" to Drake, his family and crew.

He also apologised for hijacking Drake's release date, which seemingly reignited the feud between them.

Sending good energy and love to Drake and family and crew💜💜💜

I understand where the confusion started pic.twitter.com/oxSEEbNB1g

Let me start by apologizing for stepping on your release date in the first place … We were building a bond and working on music together including squashing the issues with Cudi at our office.

plane taxiing for take off... because we spoke about doing Lift Yourself together I should have given you the opportunity for us to do this together before I released it

Kanye also weighed in on the Drake and Pusha T twar that dominated headlines across the globe earlier this year.

The beef between Drake and Pusha T isn't new but it reared its head again when Pusha took shots at Drake in one of his new songs. The In My Feelings hitmaker responded to Pusha T's shots with a diss track titled Duppy Freestyle.

Just when everyone thought Pusha T had been silenced he returned with a stinging diss track, The Story of Adidonis which took aim at Drake's mom, ex-girlfriends and an alleged "illegitimate son" with an ex-porn star who Drake was hiding.

Kanye who is Pusha T's producer said he should not have been involved in any tracks that directed negativity towards Drake.

since we were building as friends and brothers I should have spoken to Pusha about the Quentin Miller bar. There should have been no songs with my involvement that had any negative energy towards you

I did not have any conversations about your child with Pusha. I don’t play with the idea of people’s children after I spoke to Wiz a few years earlier.

I understand Pusha’s issues as a man if someone mentions your fiancé men go mask off. I’ve done the same myself at times. I love you and I love Pusha and we all have an admiration for each other’s craft.

This is all Jedi level. I will be coming to your show within the next seven days to give love and be inspired by the art you have created.

Drake is yet to respond to Kanye's tweets but fans across the globe are losing their minds, which has resulted in Kanye topping the trends list.

what I find strange tho is that Kanye said on that interview that Drake wrote the yikes chorus kodwa ‘ye’ came out after the beef so how he let him release that kodwa they were beefing?

Kanye said jedi level in a tweet my heart feels warm, I've got a spring in my step today is going to be a good day thank you @kanyewest

Kanye is too funny man, peep his TL. Man don’t want smoke now Drake is on his ass 😂😭

Langa Mavuso's latest single will tug at your heartstrings.
TshisaLIVE
3 years ago

Mariechan's industry woes: I fell pregnant & it was shunned upon

Mariechan said when she fell pregnant, she was told that she would 'tarnish' Jamali's image as she wasn't a role model anymore.
TshisaLIVE
3 years ago

Nonhle Thema: I used to think that fame was my purpose

Nonhle said she became self-indulgent and thought fame was her calling in life.
TshisaLIVE
3 years ago

Anyone wanna show them around?
TshisaLIVE
3 years ago