You know how the greatest albums like Adele's 21 or Sam Smith's In The Lonely Hour or Sjava's Isina Muva were all born from a broken heart... so was Langa Mavuso's upcoming album. 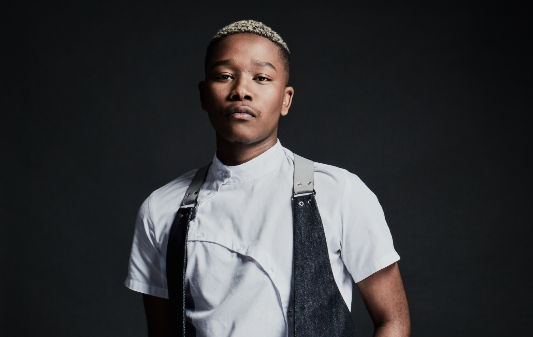 Some people are lucky enough get their fairytale ending from a longterm relationship, while others are left nursing a broken heart when things don't go according to plan.

In Langa Mavuso's case, he's decided to turn the heartbreak into a album.

From the the moment he gave the world Sunday Blues, Mzansi knew he was on his own level and have been waiting for his album ever since.

Fast forward to 2018, two singles later and being signed under DJ Black Coffe's label, Langa told TshisaLIVE he's ready to share the full version of his heartbreak story through his upcoming album.

"This is the same relationship that gave birth Sunday Blues and Home, like I went through a lot as a result of having been in this relationship. By the time I got to Mvula, I was totally done. I was good. Had resorted to just loving from a distance."

The timeline of Langa's pain has been mapped out in his songs and his latest single, Mvula talks about a person's desire to let go of a love that has caused so much pain.

In the song, Langa sings about the rain (metaphor for love), which instead of cleansing, seems to be drowning him and how he wishes it could just pass.

The heartfelt song, Langa tells TshisaLIVE  is the interlude to the first portion of his 12- track album, which remains unnamed for now.

Langa gave us the breakdown.

"The most profound thing about that heartbreak that I learned was it's okay to choose yourself and that just because you love someone doesn't mean you get to have them. You don't need to continue to hold on because love itself is not enough. So you don't need them to affirm you with words or their presence, you can choose you and love them from a distance," said Langa.

He said while this was the hardest part for him to write, he wanted people to let their pain be felt and start healing...just like he did.

The aftermath, the fun mess

"This part of the album is what came after reality of the heartbreak set in. It was the conflicting time, where I wanted to escape (my pain) but went about it in the wrong way. This is the part where I was looking for light in dark places. It's about me going out too much, hanging out with people I thought were fun enough to help me escape. They didn't have to be friends. I didn't like the places we went to or partied at but they were fun. Nothing about where I was or who I was with aligned with who I am but I had fun in my rebellion and luckily didn't lose myself in it."

Langa explained that listeners would pick up on the vibe in this part of the story, describing the sound like a club scene on a lit night. He said the fun he had with the sound and the story comes through but still in a soulful manner.

The realisation of self

"The most profound thing about this part of the journey is realising that life keeps going. The work continues and the process is ongoing. It's a journey. I want people to love themselves and realise that you are really the most important person in your life, like I realised as I made this music."

The Sunday Blues hitmaker said the most important take away from this section of his project for the listeners was the importance of self love.

The SABC has paid the production house and shooting has resumed.
TshisaLIVE
3 years ago