Emtee: It was my mistake to be so open about what I do, I was played

Rapper says he blacked out from the fall a few months ago. 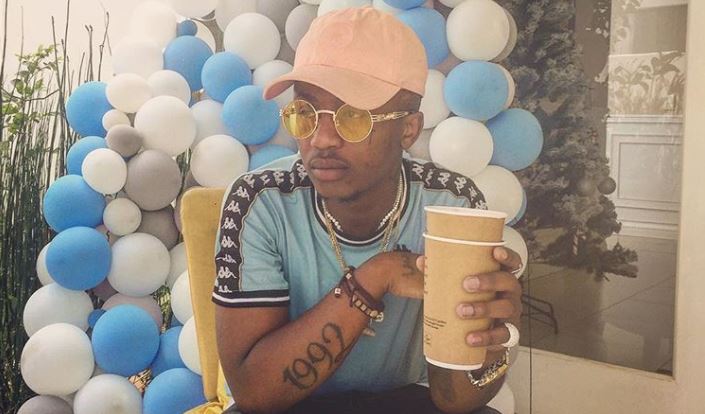 Emtee admits he was a little too open about his love of purple drank and smoking.
Image: Via Emtee's Instagram

Rapper Emtee has addressed the circumstances around his dramatic collapse on stage in July, claiming he was suffering from exhaustion and that he was "played" by being so open about the addictions his critics blamed for the fall.

Emtee recently returned to the spotlight after a near month-long recovery break in Bloemfontein. He had gone to ground after a video of him "collapsing" on stage during a performance went viral. The fiasco also led to calls for the rapper to get professional help amidst alcohol and drug abuse allegations.

Speaking about the fall on Metro FM  Emtee claimed he was exhausted and disorientated prior to the performance and had expected something like that to happen sooner or later.

"It was confusing because I had just woken up from a long drive from Joburg to Limpopo and immediately I was jumping on stage. A lot of things were already confusing me. I think I was overwhelmed. I was tired. The fall came from being pulled by the people."

He said that the perception that he was drunk or high at the time came from him being too open about his love for smoking and drinking purple drank.

Emtee claimed he fell headfirst and was unconscious for a few seconds during the fall but did not remember much.

Speaking to TshisaLIVE after the incident Emtee said he was fine and had probably just tripped on a wire.

He also brushed off rumours the fall was because of substance abuse.

"You know, with hip-hop there will always be rivalry and putting each other down. Like, 'look at him. Hahaha.' "

Emtee: People who hate me, don’t know me

But some fans are out here calling BS.
TshisaLIVE
3 years ago

Sjava says that fame can take its toll on a person but that doesn't mean they are wasted.
TshisaLIVE
4 years ago

Emtee has said it was a wire that made him trip and fall.
TshisaLIVE
4 years ago