AKA flexes about his bottle being luxury edition: Where was your bottle anyways? 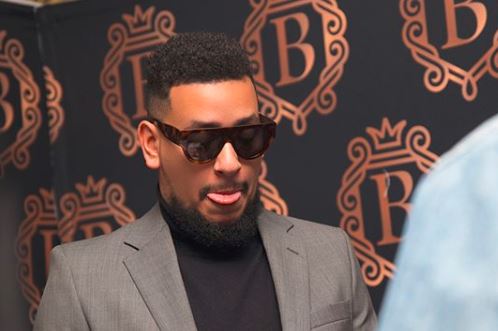 AKA's watermelon vodka is doing the most and he couldn't help but gush.
Image: Instagram/AKAworldwide/Thotloetso Kutlwano Mogotsi

In true AKA style he's stuntin' on his haters once again with the announcement that his Cruz vodka deal had been extended to a "luxury edition".

This means it's here to stay and counting that guap!

The rapper shared the good news on Twitter and also took time to reflect on haters  who thought this moment would never come. He also asked them to sommer let him know if they had any issues, so he can sort them out quick quick.

"People tried to diss me for a bottle saying 'limited edition' imagine ... where was your bottle anyways?" he asked.

People tried to diss me for a bottle saying “limited edition” imagine ... where was your bottle anyways? It’s cool. Now that it’s “luxury edition”, rather just tell us NOW what the issue is so we can prepare ourselves for your salt.

WhERe ArE mY HaTErS NoW ?!? pic.twitter.com/QSwLTTkifK

AKA went into his feels a lil bit, telling the megacy to support his Cruz vodka because they have invested in one of their own.

Speaking at the launch of the watermelon flavoured drink back in April, the rapper compared  his deal to Diddy's deal with Ciroc and 50 Cents' deal with Vitamin Water.

AKA told media at the launch of the vodka that this is the first of its kind in Africa and that he will be seeing coins per bottle sold throughout the continent.

"Everything that we are doing, I've realised now - maybe me getting older or being a father - that I am not doing this just for me. I am doing everything the way I am, so that other artists can get the same type of deals. We want to be remembered for what we did, for the industry, for the culture and not just for ourselves."

WATCH | 'I started the year on a tough note,' says AKA

He went on to thank the people behind his successful drink... his fans.

"Thank you because if it wasn’t for you selling (the drink) out in 10% of the time they thought it would take... we wouldn’t be here today, back to stay," he said.

PLEASE SUPPORT @Cruzvodka HARD!!!!! Those people have guts, they are brave and most importantly they invested in one of your own to do something we have never seen before in this country!!!! That’s more than you can say for 90% of these brands!!!

Guys... Mega is really having the last laugh... or is it last drink!

"Today, she was with us then the following day she was gone, just like that," Winnie said on her mother's death.
TshisaLIVE
3 years ago