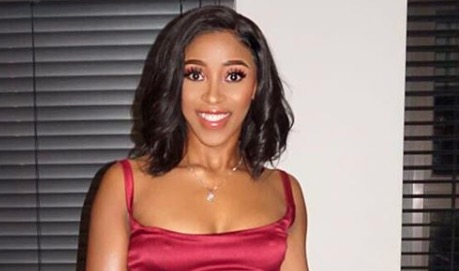 A video of Sbahle Mpisane from her hospital bed, which showed her recovery has been removed by her family after they apparently received "malicious attacks" towards them.

Sbahle's brother, Andile uploaded a video of Sbahle speaking from hospital on Tuesday, where she could be seen thanking fans for their overwhelming support. Sporting a nice long weave, a black velvet gown and makeup - it was the first time that fans got a glimpse of Sbahle since her horror car crash last month.

While most fans were happy to see the star on the road to recovery many tweeps slammed Andile and her family for "forcing" her to be in the video when she was clearly still recovering.

Sbahle doesn't look well at all. Why did they do that to her

Sbahle looked so sore in that video. Her face ,wow why did they do that video ???why rush it?😞

The mix of well-wishes and criticism saw Sbahle's name top the Twitter trends list for much of Tuesday.

Following the backlash Andile deleted the video from Instagram.

"Kindly note I’ve taken down my sister Sbahle Mpisane's recovery video on my page after some malicious attacks towards me, my sister and family," he wrote in a later post.

He said the video was meant to "inform the public of the great progress and recovery stage of her state" following social media speculation about her health which he said pained the family.

Kindly note I’ve taken down my sister @sbahle_mpisane recovery video on my page , after some malicious attacks towards me, my sister and Family. The video was to inform the public of the Great progress and recovery stage of her state... after the tragic accident she had as people were gossiping all negative rumors on social media ,newspapers about her which pains me dearly and my family. Thanks very much for the continuous support and prayers and note that my sister Sbahle appreciates each and everyone of you Siyabonga. ❤️

Sbahle was rushed to hospital in a critical condition after her car overturned and caught fire on Margaret Mncadi Avenue (formerly Victoria Embankment) in Durban on August 9.  Paramedics had to use Jaws of Life to remove her from the vehicle.

While initial reports claimed that Sbahle's sports car was the only vehicle involved in the crash, her father Sbu Mpisane claimed he’d unearthed information that another vehicle may have hit the BMW causing her to lose control and hit a palm tree.

Late last month the family celebrated as Sbahle spoke her first words and ate her first meal since the crash.

“Right now she is doing well and her speaking is a testament to that. I know that she will continue to fight,” Sbu told TshisaLIVE at the time.

Sbahle Mpisane has spoken to her fans to express gratitude for the first time since her car crash.
TshisaLIVE
3 years ago

Sbahle Mpisane was fed by her grandmother for the first time in three weeks.
TshisaLIVE
3 years ago

While Durban socialite Sbahle Mpisane showed promising signs of recovery this week, her father Sbu is on a crusade to track down the car he claims ...
News
3 years ago

Eyewitness Brian Dube is still struggling to come to terms that a woman made off with the weave.
TshisaLIVE
3 years ago