Tony joined the Imbewu cast as a replacement for Mpumelelo Bhulose, who originally played the character of Ngcolosi. 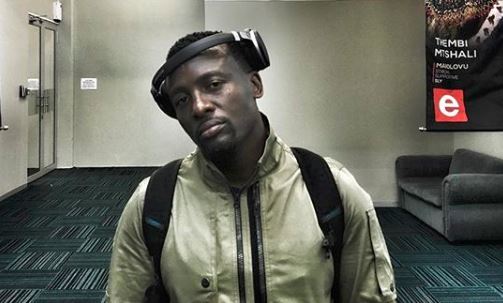 Actor Tony Kgoroge said he couldn't turn down a chance to go back to being in front of the cameras.
Image: Instagram/Tony Kgoroge

Just a couple of months since Tony Kgoroge's impressive acting on Tjovitjo the veteran actor is back to give life to the role of Zimele “Ngcolosi” Bhengu, a character he's had to take over from another actor.

When a actor joins a cast when the story has already begun to give life to a character that someone else had already introduced to viewers it requires a certain level of effort.

Tony joined the Imbewu cast as a replacement of Mpumelelo Bhulose.

"I came in as  an already existing character, not a replacement as such but rather a continuation of the character. The character is a fictional character, not someone you know or someone who lived and people know about. It's an imaginary character. Of his (Mpumelelo) interpretation would differ from mine. Whatever my predecessor has done is nice but I will not follow on his footsteps because I don't know what motivated him to take that particular direction. I'm coming in with my own interpretation which may be a little off from what he was doing but also brilliant nonetheless," he told TshisaLIVE.

Tony also explained that he couldn't turn down the chance to work with Anant Singh and Duma kaNdlovu.

"One of the reasons why I really wanted to come back and join Imbewu is because I have worked with both Anant and Duma before, both in production and in front of the screen. And both them, I respect them.

More than just an actor Tony who is also the president of Cultural and Creative Industries Federation of South Africa explained he's been busy behind the scenes on various international productions and has been continuing to use his observations of the international and national acting industry to help stir up conversations that can lead to change.

"Mostly on the local scene that's where I've been kind of scarce but I have been working on the international scene. So this was my first kind of test to just see how we are doing here, locally."

Tony said things were quite different that side and upon returning it was even more obvious that SA still has a long way to go. He said the international scene had better budgets and usually more time. As compared to here as at home where he said he realised that SA has "what we call a sausage factory."

The actor said that was very unfortunate since the country was literally overflowing with talented actors, directors and producers.

"We always bring in talent and they push really fast to have a final product, which isn't horrible but sometimes I worry. I wonder if that method is really helping and developing great talent by doing that or if we're just really doing things so we can put something on screen?"

Distruction Boyz' Que on becoming a dad - 'I was a boy, now I'm a man'

"I can't describe how my life changed the moment I held him. It was like something was coming over me."
TshisaLIVE
3 years ago

Zodwa says her goal is to vosho with Petronella.
TshisaLIVE
3 years ago