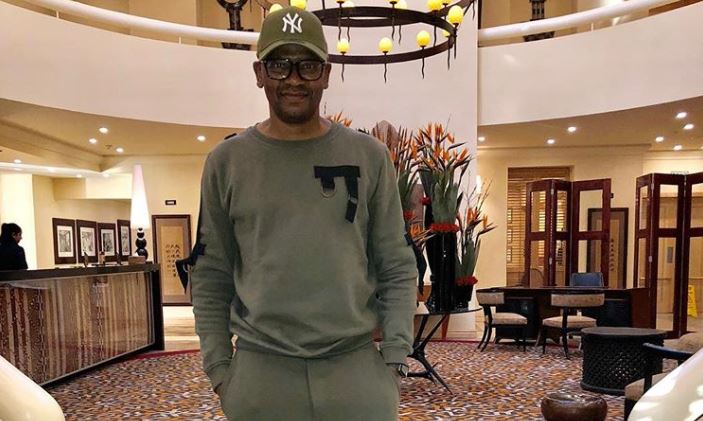 Malcolm X handed out money to students at the Vaal University of Technology.
Image: Via Malcolm X's Instagram

Management at the Vaal University of Technology have issued a notice to all staff and students to exercise caution when letting people into the campus without the necessary permission after businessman Malcolm X's late night visit to the university earlier this month.

Malcolm visited the university's library on September 2 just before 2am in the morning to hand out money to students who were studying.

He had visited the campus as part of his #StudentChallenge which rewards those working hard at universities.

However, management of the university slammed the visit and in an letter this week warned that "certain individuals may come with bad intentions, be it selling drugs or human trafficking". 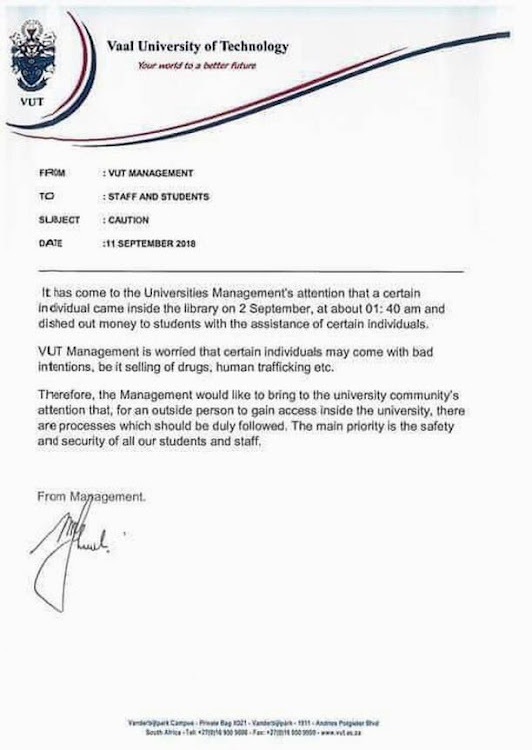 The university's executive director of corporate affairs, Mike Khuboni told TshisaLIVE they could not comment further on the letter but said the university was focusing on the safety of all its students.

"Management is adamant that the safety of our students should be the priority in this case. No person without access should be on campus, especially at that time of the night."

Malcom X told TshisaLIVE he did get permission from security and was monitored throughout the visit.

"I got permission from VUT security to enter the library and they literally escorted me while handing cash to students. I understand the university’s concern and I submit 100% hence I’m not angry."

Even though Malcolm felt like he had nothing wrong, he issued an apology and said that in future he would only hand out money during the day.

"I’ll go back to the same university but during the day and with their permission again. Nothing will stop me from giving cash, sanitary pads, toiletry packs, books, laptops and clothes to students even if I have to do so from the streets outside the university."

Meanwhile some of those who were apparently at the library on the day took to the comments section of Malcolm's posts to claim there was no security risk and pleaded for security guards to not be punished for the incident.

Michael said he could not comment on whether the guards would be disciplined, saying  an investigation by the private security company in use by the university was currently underway.

Malcolm told TshisaLIVE previously that he has been escorted off university campuses for his own protection and because of crowds pushing to get money from him.

The People's Blesser opens up about the queen of his heart.
TshisaLIVE
3 years ago