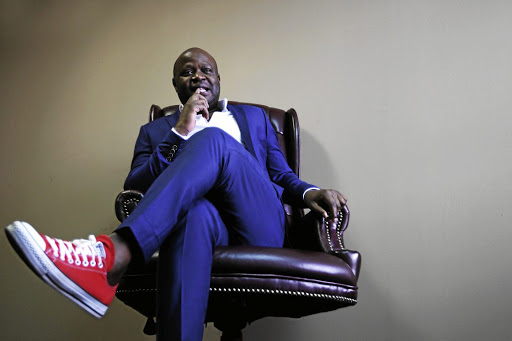 Samro's Advocate Nkateko Maluleke says the body will do what it can to recover as much of the R47-million lost investment as possible.
Image: Sowetan/ Sandile Ndlovu

A year after it was revealed that a multi-million rand international investment by the Southern African Music Rights Organisation (Samro) had gone pear-shaped, it has started to take action to recover some of the money.

Samro, which makes its money in part from administering performing rights on behalf of its artist members through the collection of licence fees, which are then distributed as royalties, spent on a massive investment to build a music rights management agency similar to Samro in the UAE.

The body was supposed to be known as the Arab Emirates Music Rights Organisation (AEMRO) was a flop and after an angry showdown with its members last year was at the centre of a forensic investigation.

The findings of the report were released this week and calculated the loss to R47-million. Samro's advocate Nkateko Maluleke told TshisaLIVE they were looking at steps to recover some of the money lost.

"It was a recommendation of the report that several legal steps be taken to try recover the money. At this stage, we cannot comment on the steps themselves but we are looking at the options of how to proceed and possibly recover the amount. We will look at the legal options," he said.

He said that action may include taking guilty parties to court but the overall goal was to recover as much of the funds as possible. He would not be drawn on how much the body hoped to recover from the legal action.

The company added that the audit had found the board was not made fully aware of the potential risks involved in the AEMRO investment and on numerous occasions were not fully briefed on it.

"Crucial details on costs and contracts were not disclosed, and the board was therefore unable to provide full oversight." a statement from the body said.

Samro fires Arthur Mafokate from board over 'undesirable publicity'

Mafokate said he did not know about the decision by Samro.
TshisaLIVE
3 years ago

SAMRO is about to change, says the organisation
TshisaLIVE
4 years ago