'I wanted to regroup after the initial hype,' DJ Merlon on his hiatus

After Kuze Kuse took over Mzansi, DJ Merlon gave us a few more hits then seemed to have disappeared only he was just reloading more hits! 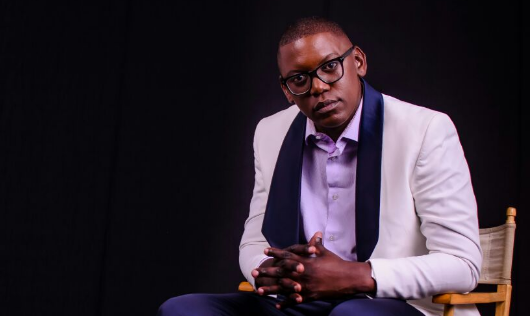 DJ Merlon wants his music to always leave an African footprint wherever it plays.
Image: Supplied

All you have to say is, 'Up. Down. To the left. To the right' for people to complete your sentence with 'Kuze Kuse!' and that's the easiest way to show the impact DJ Merlon has had on Mzansi dance music but now he's set his goal on taking over international dance floors.

Speaking to TshisaLIVE Merlon explained that it looked like he was taking a hiatus from the limelight to fans, it was actually a well-needed regrouping time for him after his goal post changed.

"I wanted to regroup after initial hype I knew I wanted to touch more people with my music so I took a break from the limelight to go re-strategise. I wanted to conquer the international scene and I realised after going to a couple of international gigs that people really love us Africans for who we are."

The DJ, who gifted Mzansi with hit songs such as Sonini and worked with the very best Mzansi artist including DJ Black Coffee and Zakes Bantwini said his first album established his name at home but he knew he wanted more.

Merlon's goal had changed from just wanting to make music that makes people dance and be happy to making music that highlights who he is. His follow up album Pure Black was going to have a clear African identity if it was the last thing he ever did.

"Almost all the times I've been abroad they tell me 'We really like what you guys in Africa are doing'. So... I decided from that point on that people must be able to tell from my music that I am from Africa, South Africa in particular even if they don't know me personally.

"Themba Lami is a fusion of isicathamiya (traditional Zulu) music and house. I am highly influenced by things that are really authentic to home. For example, the inspiration came from a song I did with Ladysmith Black Mambazo, who were my father's favourite musicians in my previous album. It made me realise that it is possible to bring these two unique elements together to make amazing music."

Kuze Kuse became a national anthem back in 2015 but DJ Merlon said he wasn't at all pressured by it's success. Instead DJ Melon said when he decided to spread his music wings, he saw that the secret of making great music isn't to make a popular song but a song that touches people.

Merlon said he felt the strength of the song was that it appealed to both the young and the old and the fact that it's a song about love and hope.

"The song is from my album Pure Black and it's receiving so much love. It is about love and how we as men, out to be talking and telling our women. The song just blew people away and the only reason I can think of is, 'it touches people.'"

Listen to Themba Lami below.