Twitter is totes over Mmabatho: 'She should have died... to be honest'

Mmabatho wants the queens to stop dealing drugs, but Twitter hates that idea. 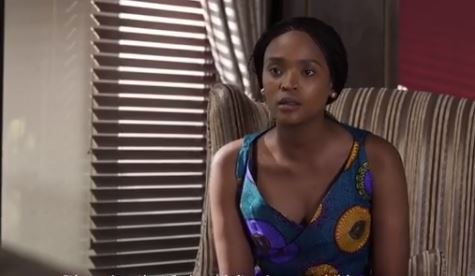 Mmabatho called a meeting to ask the Khozas and the Mabuzas to stop selling drugs.
Image: Instagram/Ferguson Films

Twitter regrets sympathising with Mmbatho after she was shot because now that she's escaped death she wants the Mabuzas and the Khozas to quit the drug business.This isn't something Twitter likes or agrees with!

It is becoming more and more apparent that fans only wanted Mmbatho to stay alive for Shaka's sake. They were also hoping that she would wise up after her stupid mistake of letting Diamond go, which almost cost her her life... but dololo.

So after Monday night's episode when Mmabatho called a joint family meeting to ask them to quit the drug business Twitter was ready to cancel her.

So here's a summary of the tweets.

"Dear The Queen script writers, please kill Mmabatho already we are sorry we said let her live. In our defence we were emotional and we didn't want Shaka to go through the pain of losing another wife. *insert face palm emoji*

"We have since reconsidered because she really is the most naive and irritating person we've come to know in the telenovela. And hey, you don't even have to kill her maybe just make her elope with Madimetja and go live in Limpopo... now that's an idea! Thanks."

Here are the memes to emphasise their true feels.

#TheQueenMzansi I know it's a bit late lol. But... I wish Mabatho could also support the Khozas and the Mabuzas (drug businesses) . I can imagine her fighting side by side with her husband and being a bad *ss lady😊 instead of this boooring Mmabatho 😭😭😭 pic.twitter.com/BTRl98puS6

#TheQueenMzansi Bathong Mmabatho is so annoying shem,she forgets she's the reason Diamond got away pic.twitter.com/rsz4QCpdWR

Mmabatho is busy going on and on about how she almost died because of the drug business🗣🗣But who sent her to the truck depot?!😩😩🙄Who told her to help Diamond?!!!😂😩🙄Noooo my sister bo sweet konyana bago is what almost got uu killed😩😩😩🙄 pic.twitter.com/Qq2JtbDJAR

Yazi o Mmabatho is really annoying with her issues ka di drugs that don't even bother her 😩😩😩#TheQueenMzansi pic.twitter.com/AF13q3dvA3

#TheQueenMzansi
i shouted "Wa nnyela" at Mmabatho when she suggested that they should leave the drug business forgetting my mom in the room....... how i so regret it 😭😭😭 pic.twitter.com/p4FZPHsJFd

Mmabatho is yet to find out that her husband killed her own mother. @Connie_Ferguson should I give them a scoop of the November episodes? pic.twitter.com/rqcdLg00qD