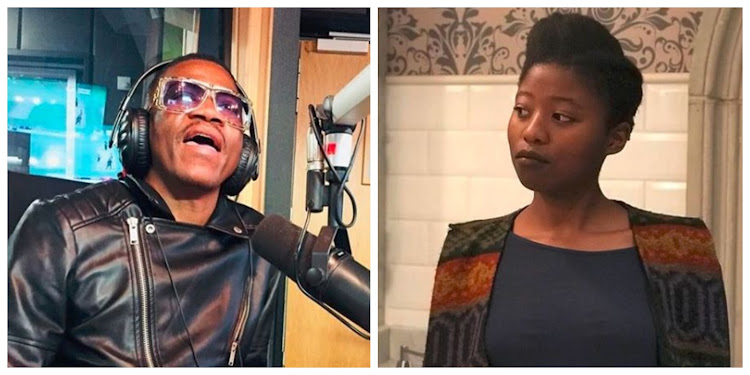 Ishmael Morabe and his daughter Thato are the perfect example of the sentiment that the 'apple doesn't fall far from the tree'.

Speaking to TshisaLIVE Ishmael explained that his daughter was an independent young woman with bucket loads of talent and that he was super proud to be her dad.

"She draws and she sings as well. It's cool and super amazing that she's so talented. But it wasn't surprising, the apple didn't fall far from the tree," he gushed.

Having been in the industry for over 30 years, Ishmael is a wealth of knowledge about the entertainment industry and how it functions. You would think, Thato would be taking advantage of that but Ishmael told TshisaLIVE that she was just not that kinda girl.

"For her sake having been in the industry as long as I have it does scare me a little but at the same time not so much because I think she has the best protection between me and her mom and how she grew up. She's smart and she's so wise."

Thato is a 24-year-old, who describes herself as a creative entrepreneur, fashion designer and singer. In an interview with Move she explained that working with her father was a privilege she did not take for granted however she didn't want to ride on her father's fame to make it.

Recently, she was on the set of SABC 2's Afro Cafe sharing her vocals with the world.

"I love music and working with my father has taught me a lot. I don’t want to be seen as Ishmael’s daughter but as a musician who worked hard to make a name for herself."

Everytime the media says some bulshit story about me,she's the 1 that suffers the most.i think it's unfair that way.i can imagine what her fake ass friends say about her behind her back about her daddy and she has to pretend she did not hear them.how is she supposed to keep her head up and be strong a strong black woman that she is trying to be.#putyoureselfinmyshoes #putyoureselfinhershoes

Ishmael said Thato had always been able to stand for herself and stand by her opinions and beliefs. So much so, that he said he was sure Thato was the kind of child who would experience the world her own way before asking for guidance.

"She's a bit of a stubborn person. She'd rather do than ask. She's the type to go try first by herself and fail then come back and ask. But I think it's better that way because she'll find out for herself how to navigate life and this industry and if she needs help, her mother and I will be here to hear her out."

Her voice is amazing, just listen.

And, it's not just the voice. Her hands make the things to be done too.

I'll try not to care today cause it's my birthday.. starting with not being insecure about this post. YAS. I'm growing. #teamvirgo #happybirthday #birthdaygirl #blackgirlmagic #artybitch #4hoursleepisenough #idgaf