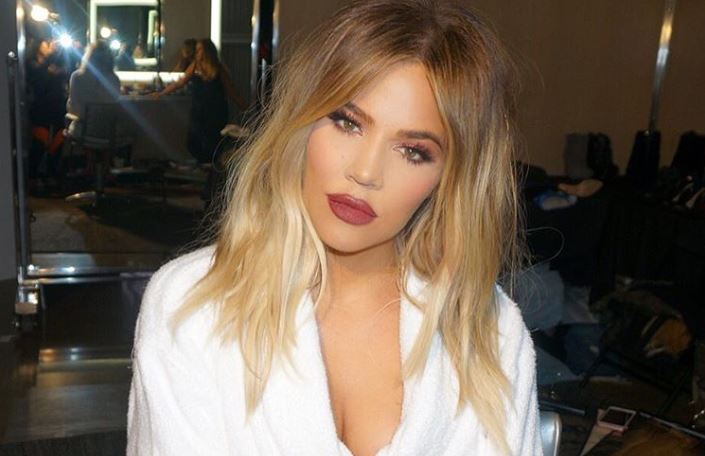 Khloe Kardashian was forced to shut down the comments section on her Instagram account after trolls accused her of editing pictures of her daughter True to "look cuter than she actually is".

Khloe was just being a proud mom when she posted this cute snap of herself holding baby True this week with the little one looking at the camera in the picture.

It was the kind of snap you double tap and then keep on scrolling. However, the post was soon filled with over 2,000 comments from trolls who were straight up nasty.  a

Some users questioned why True was 'so dark', while others claimed that True's face was enhanced with popular editing tool Facetune.

"As a FaceTune veteran (lol) she has definitely used the whiten tool on the whites of True’s eyes, the detail tool to sharpen them and the smoothing tool on her skin," claimed one social media user.

While Khloe did not respond to the criticism this week, she has previously hit out at Photoshop claims leveled against her.

"People find anything to comment on especially just negative people and a few people said I did horrible Photoshop because the palm trees are slanted. Well honey, I don’t Photoshop palm trees. A negative mind will never give you a positive life. Change that mentality and you will change your life," she added.

She also laughed off criticism of True's complexion and suggestions that it was proof that she was OJ Simpson's child by reminding haters that her baby daddy Tristan Thompson is black.

Kim Kardashian has a flashing necklace 'implanted' into her skin

A.Human's new accessories collection is like something out of a sci-fi movie; it allows fashion trend setters to modify their bodies in fantastical ...
Lifestyle
3 years ago

Kanye West has sent the internet into a frenzy after he addressed Drake in a series of tweets.
TshisaLIVE
3 years ago

Guurl ain't got no time for that.
TshisaLIVE
3 years ago