Lady Zamar on fashion hate: It is not me looking for attention 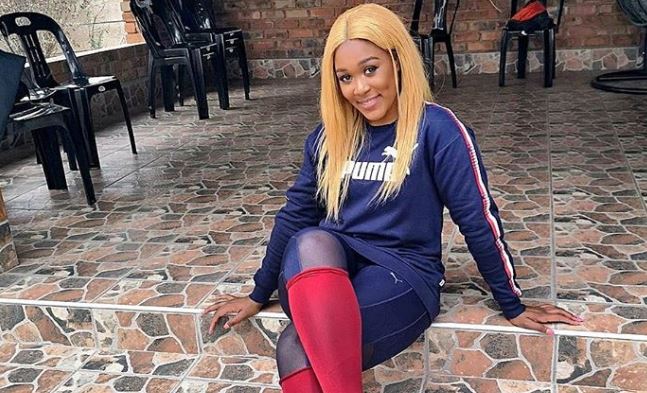 Lady Zamar has hit back at criticism over her clothing.
Image: Instagram/ Lady Zamar

Even though Lady Zamar hates seeing her name on the Twitter trends list especially because of her fashion sense, she ain't about to change who she is to try fit people's expectations of her.

Hardly a week goes by without the musician being ripped to shreds on social media for her outfit choices. She trended for this just a few weeks ago during a performance on Idols SA.

And while it has happened too often for her to really get angry about it, she tells TshisaLIVE that she will only get upset when people claim she is trying to get attention.

"I am trying to find my identity as an African child and show others they can do that too without being placed in a mould of what you should wear or how you should look. I know that is what I am doing it for, not to get attention. It is not me looking for attention. There are better ways of getting attention. Real attention. You don't have to put yourself out for mass ridicule. That is dumb."

The songbird will be performing at the Macufe Music Festival from October 5-14 and says fans can expect her to not only bring fresh tunes and an incredible performance, but also her trademark experimental style.

"Performing at Macufe is a dream come true for me. It is one of the biggest festivals in the country and every big artists wants to play at the festival. I feel like this is the perfect point in my career to perform there."

"Social media can be very fickle. There are those who love your outfit and then hate it. You will always get those who approve and those who have a problem. I understand that a lot of the hate is misplaced. I don't like certain things about my favourite brands. The key is to not take things personally."

She said that she would continue to wear whatever she feels comfortable in until someone sits her down and gives her real reasons.

"You can't investigate or make judgements off Twitter. It is just person after person saying one thing. There is no full perspective on it. Until someone comes and breaks it down for me and tells me the reason why I need to stop, I won't. I won't change because of peer pressure."

Lady Zamar: People need to stop dragging me for how I dress

Lady Zamar topped the Twitter trends list on Sunday night for the outfit she wore on Idols SA.
TshisaLIVE
3 years ago

Lady Zamar is calling out lip-sync haters like an empire.
TshisaLIVE
4 years ago

Making moves! Lady Zamar to launch her own fashion range

Musician Lady Zamar slayed 2017 with her hits but is planning to spread her wings with the launch of fashion range and reality show in the next few ...
TshisaLIVE
4 years ago