Before you call Zodwa up, you better have her money 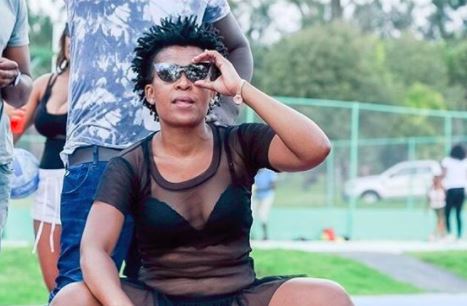 Zodwa Wabantu says she will never lower her fee for anyone.
Image: Via Instagram/Zodwa Libram

Attention promoters and event organisers! Zodwa Wabantu wants to make it clear that she will not entertain requests to compromise her worth, so if you can't afford her fee of R35k to R45k  keep walking.

After she took to Instagram with R35,000 in her hand to explain that she would never be available for anything less than that amount, Zodwa explained her reasons to TshisaLIVE.

"It's not even about me, I usually just end up being the one that talks about it because I'm not afraid of saying what's on my mind. Everyone knows that my fee is 35k to 45k and I really don't compromise. I shouldn't be asked to do that it's a clear case of if you are not willing to give me that then leave me alone."

In the video Zodwa said that people that have "little events" or don't have enough "budget" to accommodate her fees should just leave her alone.

She explained that after been told multiple times that her time will fade, she doesn't understand why people then what her to "rob" herself.

"People don't mind telling me that I have no talent and that I won't last in this industry, which I am used to by now and I don't even mind but then they want to tell me that I should lower my fees, that doesn't make sense. I am making the most of my time because I will never be that person who's going to allow this industry to spit me out and I have nothing to show for my 15 minutes of fame."

Watch Zodwa set the record straight as an arrow.

*cues T.I's If it ain't about the money*

Know your worth, I have 6 Business friends that i can do Business Favours with. I'm not worried about going out of Style😂😂😂 Some people don't Respect you until they wana make money off you. You think I was polished by my Team to be avarage🤣🤣🤣 Ohhhh Yes I look avarage by Looks but with money. 35k That's it. I'm not here to Stay,Industry.Remember I have no Talent🤣🤣🤣🤣🤣🤣🤣😜

JT Medupe: We need to do better to protect women

JT Medupe said we need to raise our children to be better men.
TshisaLIVE
3 years ago