Kelly Khumalo: I'm in the Jehovah season, that is my superpower! 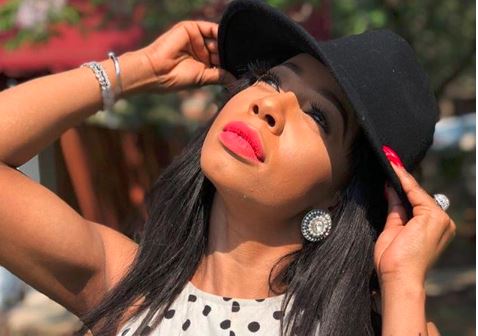 Songstress Kelly Khumalo says her next album will blow her fans away.
Image: Instagram/Kelly Khumalo

Undeniably one of the best vocalists Mzansi has to offer Kelly Khumalo has poured her heart and focus into her music. The songstress told TshisaLIVE that she currently feels like the best version of herself because of Jehovah season.

What is Jehovah season?

Kelly explained that it is being so aligned with your purpose, dreams and the higher power that nothing can touch you and everything you touch turns to gold.

"Everything about being a woman is a superpower. It's funny that you should talk about a woman's superpower because right now in my life I feel like I am floating on air. I am so aligned with my spiritual and higher self, so everything I touch seems to just work out; I'm in the Jehovah season. That is my superpower."

Kelly revealed that her second single is not a gospel song and that her album won't be boxed but Jehovah was used as an introduction for purpose.

"I chose Jehovah as the first single because for me everything starts with God. I feel like having been in this industry for 15 years I wouldn't have made it without God. The strength and the power to sustain are all thanks to God."

In the track, which speaks about being dependent on God in good and bad times Kelly shows off her unbeatable vocals which are accompanied by Jesse Suntele aka J-Flo's rap verse.

She told TshisaLIVE that they had known each other for a long time and that Jesse was just what the song needed.

"I've known Jesse for as long as I can remember. I first met him when I was a judge on a talent search show and Jesse was just one of the people that touched my heart. He stood out because of the way he delivered his bars. So I've always admired and respected his level of artistry but more than that it was about how a person could interpret their relationship with God. He was perfect."

Kelly will also share the stage with Brandy and other South African musical divas at the all women lineup Divas Concert at the Mangaung African Cultural Festival (Macufe).

"I am performing at the Divas Concert when it has all these women in the lineup. It's amazing to be a part of all that power. For me, I haven't done Macufe in a very long time so I have so many plans and that week I'll also be dropping the second single and the pre-order album will be made available. So October is going to be a great and busy month for me."

JT Medupe: We need to do better to protect women

JT Medupe said we need to raise our children to be better men.
TshisaLIVE
3 years ago

Khanyisa Bunu believes the way students view teachers has changed over the years.
TshisaLIVE
3 years ago