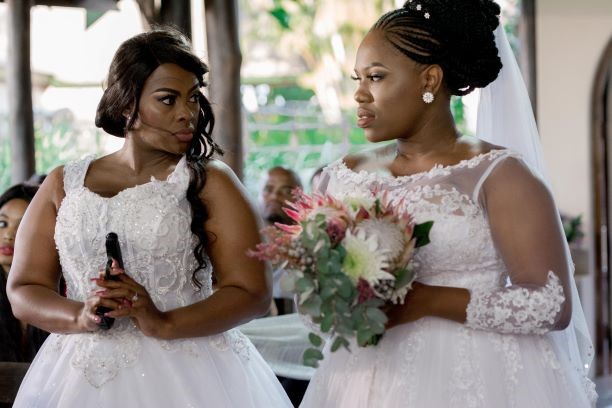 The streets were beyond shooketh on Monday night when Uzalo's MaNgcobo gate-crashed her husband's wedding to MaMlambo and pulled a gun on the bride.

In one of the most iconic TV moments since Petronella's weave falling off during the boat explosion on The Queen, MaNgcobo played by Dawn Thandeka King walked in like Chuck Norris bae.

She was not happy with her longtime friend MaMlambo becoming the second wife and made her feelings known as the explosive love triangle came to a head.

The craziest bit? Ma came dressed in a wedding dress and brought her own killer bridesmaids.

The internet went mad with reaction to the wedding and came with the memes.

She did the things that can not make the wedding to be done 😂😊 #Uzalo pic.twitter.com/PRZGhkRxgi

Speaking to TshisaLIVE Gugu Gumede (who plays MaMlambo) said the scene took a lot of emotion.

"You can imagine that this is the ultimate dream of any woman to have the perfect wedding and be married to a man who loves her unconditionally. She finally found love in her 40s and after years of clapping for others people are finally clapping for her. She is just about to kiss and make it official but MaNgcobo walks in. There's suddenly fear, love and hopelessness. It's a crazy situation." 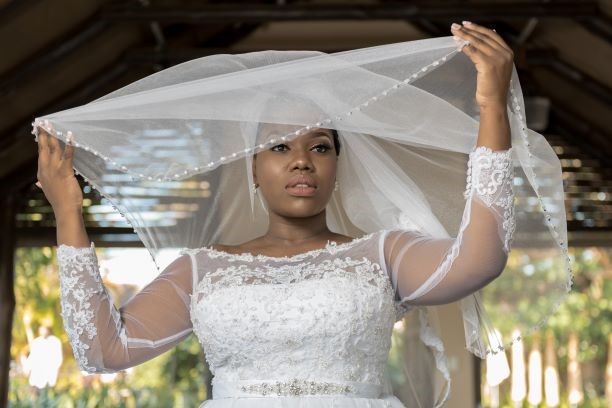 Gugu said the emotional space she entered during the scene was similar to those she felt when her house was burgled.

In 2014, three intruders dressed in balaclavas and armed with knives broke into Gugu's home and held the star and her domestic worker before making off with R500,000.

"I don't like talking about my private life but everyone knows that a couple of years ago I had a break in happen at my home. It is not something that I like to talk about but when someone breaks into your most private and happy place it is the worst feeling. You feel violated. You feel fear. To be held at knifepoint in your own sanctuary is one of the worst feelings in the world."

The drama on-screen is set to continue on Tuesday evening. So go get the popcorn.

Gugu opens up about her Uzalo character.
TshisaLIVE
3 years ago

"At the end of the day, I want to teach people that anything they can do, I can do. It is just that my pigment is lacking a little more melanin."
TshisaLIVE
3 years ago