Was that a car crash? Did Mokgadi die? Is Sthoko trying to get back together with her abuser? Tweeps want answers! 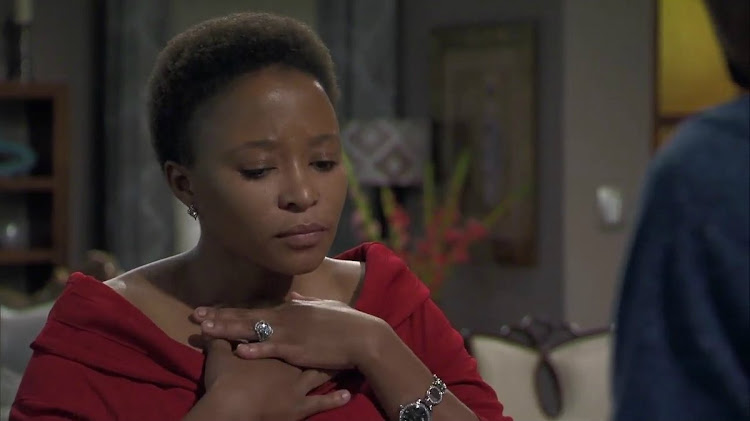 Mokgadi went head to head with Sthoko and viewers are convinced it got even worse after that.
Image: Twitter/Skeem Saam

If you remember as far back as the first episode of Skeem Saam, then you know that the lives of Turfloop families were turned upside down by one messed up car accident and it looks like there's another one ready to f*** things up.

Back then Thabo and Kwaito stole the car and hit Ben Kunutu (or what we all thought was a pig...) and everything went south after that.

Monday night's episode had fans believing that the same life-changing thing is about to rock Mantuli and Meikie's friendship.

Mokgadi (Meikie's makoti) is thought to have had a car crash and for some reason tweeps are convinced she may have hit Sthoko. It's totally speculative but Skeem Saam viewers have been through the most and they always expect the worst.

In any case it looks like Sthoko is considering taking Dennis back and that won't end well for her.

They had the memes to express their feels.

Don't tell me that Mokgadi is involved in a car accident and that Sthoko could be charged for attempted murder #SkeemSaam pic.twitter.com/Wj8vodJw3r

Is Sthoko going to jail..? 🤔 #SkeemSaam @SkeemSaam3 @Official_SABC1 Is Leeto's involved in a car accident? Ei ya what a cliff hanger pic.twitter.com/iy6YxogVc5

What happened to Mokgadi bjatše!! What's up with today's episode #SkeemSaam @SkeemSaam3 pic.twitter.com/sBJDxcFGOS

Gugu opens up about her Uzalo character.
TshisaLIVE
3 years ago

Mamngadi is about to reach the super saiyan level of witchery!
TshisaLIVE
3 years ago