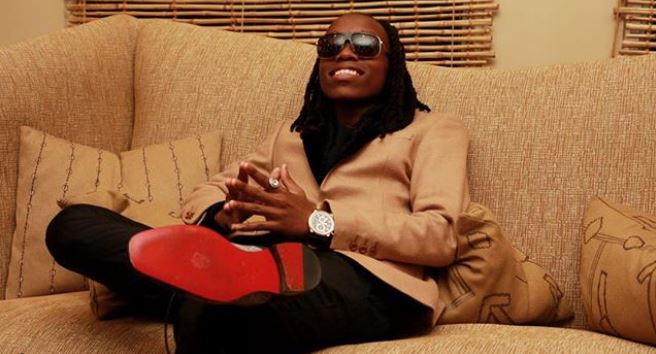 Robbie Malinga Jnr was nominated in the Drama Queen of the Year category at the 2018 Feather Awards.
Image: Instagram/ Robbie Malinga

Ereng excitement mongwaneng! Robbie Malinga Jnr is nominated for the Drama Queen of the Year prize at the Feather Awards.

Robbie Malinga Jnr otherwise known as Rob Marley or Mr "It's too much" was announced in the category alongside AKA & Matlapa and Jackie Phamotse.

Speaking to TshisaLIVE Robbie couldn't contain his excitement over the nomination and said he was honoured and humbled .

"I'm overwhelmed and feel appreciated by the support I get from people. It's a good thing that I'm noticed and don't take anything for granted. It's too much."

Stylish Jnr is still undecided whether to rock the awards with his mom or bodyguard as his date but said he was looking for a designer outfit to show off.

Robbie spent much of 2018 fighting backlash from haters for flexing his lavish lifestyle on his late father's Instagram page. He didn't entertain the hate, instead bought more Gucci sunglasses and clothes for his critics to talk about.

"I'm happy for him. He lost his  father and he was rumoured to be blowing his father's money but through it all things turned out very well for Robbie Jnr. This is evidence that a good seed is planted in his life."

Somizi will host the annual event, which aims to celebrate the LGBTIQ+ community on the November 15 at the Johannesburg City Hall.

Here are the nominees:

Drama Queen of the Year:

Hunk of the Year

Hot Chick of the Year

Cutest Couple of the Year

Socialite of the Year:

Role Model of the Year

Sports Personality of the Year

Musician of the Year

Fag Hag of the Year