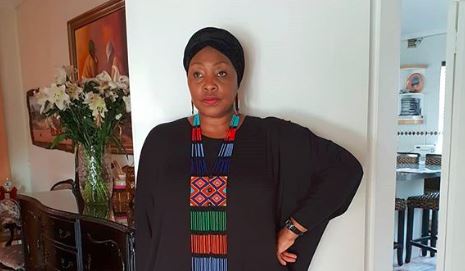 Yvonne Chaka Chaka has embodied her title Princess of Africa in both music and in real life, something she said was motivated by the death of a friend.

The iconic musician had the honour of representing the New Partnership for Africa's Development (NEPAD) at the recent 73rd United Nations General Assembly in New York, where she spoke about TB and other health issues.

Speaking to TshisaLIVE, Yvonne expressed her gratitude to get an opportunity to attend the prestigious meeting and recounted how the passing of one of her friends, who contracted malaria and died after being misdiagnosed, put her mission to learn more about the disease and educate others.

"In 2004, when I went to Gabon one of my musicians, Phumzile Ntuli, contracted malaria. Unfortunately, when we came back to South Africa, she was just misdiagnosed and she passed on. That is what really prompted me to want to do what I do today."

Yvonne explained that it was a no brainer when she was approached by UNICEF to be a goodwill ambassador.

"I realised there was a huge problem. I was ignorant about malaria. I didn't know much about it and I wanted to be the voice. I realised that malaria was preventable and curable and yet so many people were dying, I decided to be part of the solution."

This place is always buzzing No one sleeps in New York

The iconic singer believes there is no wealth without health and education, a formula that has been the fuel behind her burning passion to help wherever she can.

The assembly had world leaders come together to hear how diseases like tuberculosis, AIDS and malaria affect the lives of many people around the world, and set in motion a discussion that would yield solutions.

Current Miss SA Tamaryn Green, a past TB patient, was also invited to speak at the assembly.

"Because of my title, I have an opportunity to help as many people as I can," said Tamaryn Green.
TshisaLIVE
3 years ago

Yvonne said her activism has become a part of who she is and was grateful for the support she's gotten over the past five decades.

"I do this work because these are the people who make me what I am. They support my music and support everything that I do. In return, I do what I can to help where I can where others really can't."

What an honor to be part of @NEPAD_Agency Thank you Africa now is the time https://t.co/H8alizxCp9

So, is Bandile romantic or nah? Nadia shares the 411

"I think he tries to be, like every guy is," says Nadia on Bandile being romantic.
TshisaLIVE
3 years ago

Pamela Nomvete is doing too good a job because as it stands Twitter truly can't stand Deborah!
TshisaLIVE
3 years ago