The 18-year-old musician said she was a bit anxious about the release and what people would say about her spicy song and sexy video. 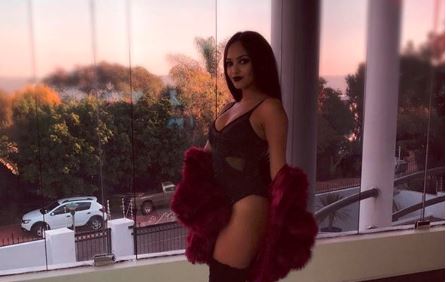 Paxton had a blast getting her sexy on in her music video.
Image: Instagram/Paxton Fielies

Far from the naive-looking, sweet sixteen-year-old girl Mzansi first met on Idols SA, Paxton Fielies has blossomed before the nations eyes and when she came out with a song entitled, I don't want your man, Mzansi wasn't sure if they'd lost that "sweet lil girl".

Speaking to TshisaLIVE Paxton insisted she hasn't turned into an "overly sexy" musician but she has embraced the spice side of life. She said she was also initially scared that people wouldn't get the "acting" part.

"We were going for very fun ,quirky and playful visuals .We had to spice the video up as it’s quite a spicy song. I knew that I was portraying the character we thought of when we wrote the song. I was a bit anxious about the release and what people would say but I’m still finding my feet and I am slowly but surely growing into the artist I was destined to be," she said.

The now 18-year-old singer said she had tons of fun shooting the music video for the already spicy song. In the song the woman is basically telling another woman to put a leash on her bae because while she isn't interested, the guy keeps making moves on her.

And just in case you were wondering Paxton made it clear that the song was more an observation than a real life experience.

"It is not based on a real life story but I know that a lot of women can relate to this song. It was also a very interesting topic to write about but it’s relatable,fun and very spicy."

In the video Paxton is wearing a sexy, lacy bodysuit with  thigh-high boots and burgundy fur and she doesn't hold back on the sultry dance moves. The video was only shot in one day and she said they had to make the most of it but she was uber proud of the final product.

"My  favourite scene to shoot was the “party scene” where the guy was trying to hit on me and he had a girl ,it was such a fun scene! I am extremely happy and excited for the future! Very proud of myself, musical team ,label and management team for not only one amazing single but also for an amazing album."