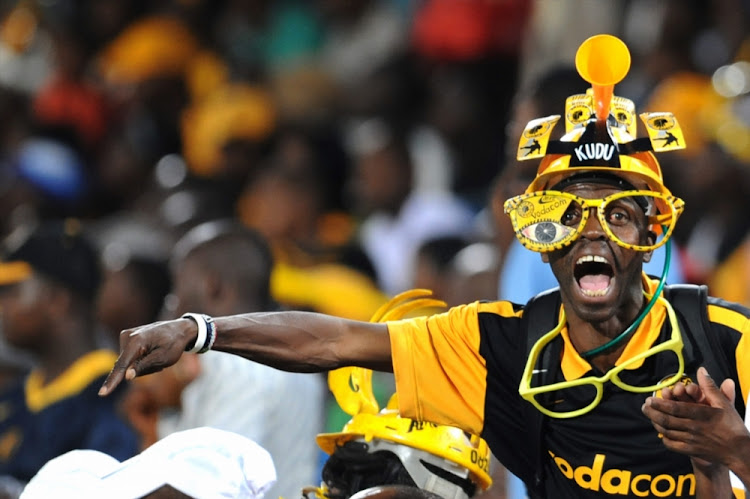 If you are a soccer lover in Mzansi than you've probably seen or heard of Saddam Maake the super fan. His obsession with Kaizer Chiefs is next level but it's apparently hurting his love life.

You see while his team is now racking up the wins on the field, he's taking Ls off of it and told Moja Love's Sofa Slahlane that all he wants is someone to hold.

Saddam was featured on Thursday night's episode of the popular reality show where he detailed his love struggles, including his three marriages that failed because of his obsession with Chiefs.

Malume won't let his baes touch his clothes in case it affects the team and got married in a tracksuit to show his love for his team.

But Saddam hasn't let his past relationships get him down, he just asked a pastor if he could marry him to his favourite football club. Unfortunately bafundisi refused.

After losing 3 marriages because of his obsession with soccer, Saddam tried to marry Kaizer Chiefs Football Club. He believes women can't touch his clothes or else their "bad omen," will cause the team to lose.

Yah, no malume takes this thing seriously, hey? He won't miss a game and gets depressed when his team loses. His family have to sit with him to make sure he is okay when Amakhosi disappoint on the pitch.

Obvs the internet was shooketh by Saddam's love life and soon started debating whether he was in the right way or had got it all wrong.

They came with all the right memes to share their mood.

Saddam :Kaizer Chiefs is my wife

Lol Hai Saddam Is Over Obsessed With Soccer #SofaSlahlane pic.twitter.com/SlyxEMK2uV

#SofaSlahlane his support for Kaizer Chiefs is too much, they should consider giving him a monthly salary. pic.twitter.com/4y6M6TTarC

Saddam a re ke chairman ya di supporters. This is weird AF! 😂😂😂#SofaSlahlane pic.twitter.com/IR5yw8Ub8L

Others thought malume was leadership.

But you can't blame the guy Kaizer chiefs is the best team in world #SofaSlahlane pic.twitter.com/BEz4mpVnt9

Lol but who am I to judge? Given the chance, I'd probably marry alcohol. People are walking disappointments anyway 🤷🏿‍♀️ #SofaSlahlane

Romance between a Metro cop & car spinner has the internet defeated

"Does your boss know about this?" fans ask Metro Police officer.
TshisaLIVE
2 years ago

Sofa Slahlane | Would you date someone who works in a mortuary?

Even host Tbose was shooketh when malume took him on a tour of his work.
TshisaLIVE
2 years ago

#SofaSlahlane | Would you be a stay at home husband?

"Maybe a husband's place is in the kitchen?"
TshisaLIVE
2 years ago

#SofaSlahlane | Would you change your religion because your partner asked you to?

How important is religion in your life?
TshisaLIVE
2 years ago