AKA's Beam Group is shutting down!

But didn't both Prince and AKA recently say all is well with them and Beam Group? 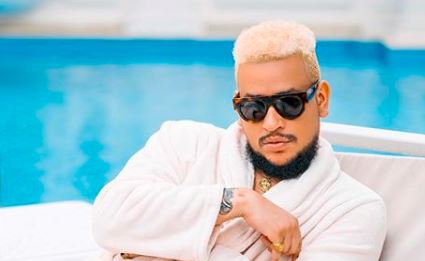 AKA is letting go of Beam Group.
Image: Tshisalive

After weeks of swirling speculation surrounding the state of affairs at Beam Group, the cracks have widened with AKA announcing that the company, which he started with Prince Nyembe is closing its doors.

The rapper unexpectedly made the announcement on Monday, saying the company which was responsible for managing and representing him will no longer do that.

He then revealed that the company was in the process of shutting down.

"We started the company with the best of intentions unfortunately it’s just not working out for me the way I wanted it to ... so I’m taking my ball and going to play elsewhere."

Unfortunately I also have to announce that Beam Group now no longer represents or manages me in ANY capacity. While I remain the owner of the company, I’m actually in the process of shutting it down.

We started the company with the best of intentions, unfortunately it’s just not working out for me the way I wanted it to ... so I’m taking my ball and going to play elsewhere.

AKA said just like the nature of all businesses Beam Group was just not working out and therefore he let it die so he can move onto other things.

Then in true AKA he went on to throw low-key shade talking about how the business was actually pointless because he was the "business".

That’s business ya know, you try ... you fail, you get up, you dust yourself off and you keep it moving.

The truth is, AKA is really the “company”. So having a company is actually quite pointless since I’m AKA.

It looked like an amicable split for a minute until some dots began to attract each other into a pattern.

Just last month both AKA and his now ex-partner Prince were putting out fires around them caused by reports that they were fighting. The rumour mill went into overdrive with speculation that the company was in trouble.

But Prince shut down the claims also conveniently forgetting to add the fact that AKA was looking to close the company "they" own. (Unless he didn't know).

"When I bump into people and they ask me what's going on there and if we (he and Kiernan) are okay. There's no fighting between me and Kiernan.

"I know there's people saying stuff happened between Blaq Smith and Kiernan or us. No,  nothing happened. The guys are okay. Kiernan always likes to empower people," Prince said on YFM.

There's been rife speculation that AKA and Prince aren't on good tearms and that Tsiamo and Blaq Smith were shown the door.
TshisaLIVE
3 years ago

AKA also tried to pour cold water on the claims.

In a now deleted tweet AKA said there was nothing wrong with his relationship with Prince and that Beam Group was doing well as a business.

Just a few weeks ago Sunday papers reported that AKA had gone back to his previous management, Vth Season owned by Raphael Benza.

If you remember, AKA and Raphael had a huge public fall out that had Prince right in the middle of it.

AKA breaks his silence on alleged 'xenophobic' management feud

Rapper AKA has labelled the timing of a xenophobic complaint that was lodged with the Human Rights Commission by his former manager, Raphael Benza ...
TshisaLIVE
4 years ago

AKA and Vth Season's business relationship is officially over!

After six months since announcing his plan to part ways with his record label and management company Vth Season, AKA has announced that all forms of ...
TshisaLIVE
5 years ago

Something just doesn't add up here? Or sihlulwa iMaths nje?

The show's producers said they were preparing for a new season of the show but couldn't confirm if it would get renewed in March.
TshisaLIVE
3 years ago