Bonang spills the tea on the future of her reality show 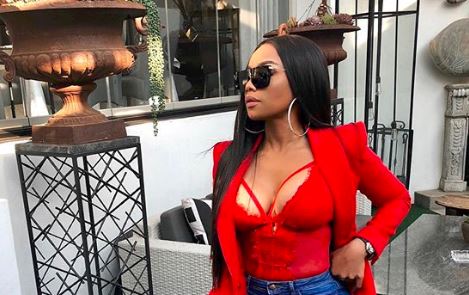 After a lot of arm twisting to convince her to shoot a second season of her popular reality show, Being Bonang Queen B is now fully committed to the idea and has promised much more for fans of the show.

After a successful first season, fans feared the worst late last year when she took to social media to claim that she would not do a second season.

No Season Two... But, a big THANK YOU to everyone's who's loved & watched my show... Means the world to me. 💕 #BeingBonang

Bonang later claimed that demand from fans led to her reconsidering and shooting another season.

Now that the show is done filming Bonang told TshisaLIVE she is in a good space and would like to carry on with the project.

Although she isn't in a hurry to get the cameras rolling.

"The second season of the reality show was a great success. I love my reality show and people love my show. I get asked about it all the time," she said.

B said the show had won over fans because it was an honest look into her life but still harmlessly fun.

"People think they know me but they really don't. With the show they get to see the other side of me I get to meet up with friends and just have fun. Basically, they get to see me being me with the people I love."

She said the reality show also allowed her to maintain her brand while out of the country.

"My brand has got to a point where it is able to support itself. My work doesn't allow me to be at home all the time, I am hardly ever at home but somehow I still have an impact and relevance."

Bonang gives us the tea on her new international film

"The recent enquiry came as a surprise to Ms Matheba, nonetheless she has full respect and will comply with SARS, the South African legal system and ...
TshisaLIVE
3 years ago