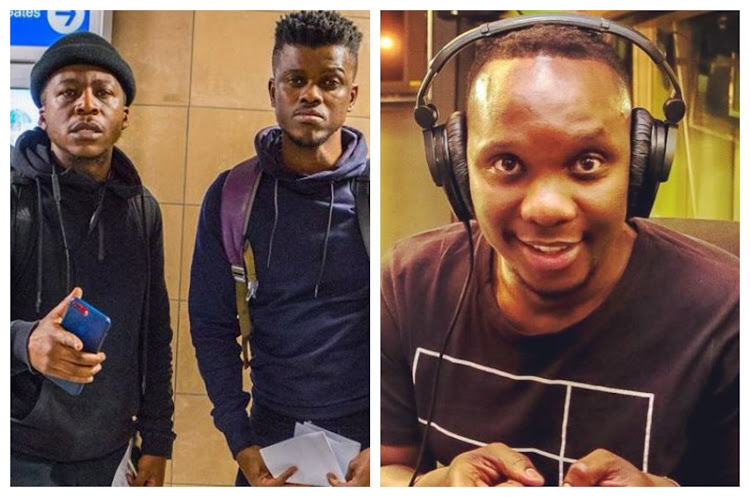 Metro FM listeners were left shocked and reached for the popcorn on Friday morning when Black Motion and DJ Mo Flava got into a heated exchange live on air over the group's no-show at an event two years ago.

The group, who were guests on DJ Fresh's Metro FM breakfast show revealed that they and Mo Flava had been beefing since 2016 after the group were booked to perform at Mo's event but did not show up.

The group explained they were at a traditional ceremony at home on the day and had cancelled the booking via an email to Mo ahead of time. Mo claimed the pair had dodged his calls and even their manager apparently could not get hold of them. But the group claimed they could not even remember who their manager was at the time.

Black Motion claimed they bumped into Mo a short while later and he ignored them.

They offered to apologise and agreed for Mo to come on the line to sort out their differences. However, things turned sour when Mo refused to speak to them directly and instead spoke to the "radio guys" aka Fresh and his team.

Mo claimed that if Black Motion wanted to speak to him they should call him directly. He did however say that he had no issues with them and got his deposit back after their no-show.

Cava the conversation below

Meanwhile the streets were a mess in reaction to the interview and made their feelings known through memes and messages on Twitter.

Black Motion's Thabo Smols and his lady, Rakgadi Sedy Koetle have welcomed their bundle of joy into the world.
TshisaLIVE
3 years ago

Award-winning music group Black Motion are planning to launch a R3.7m lawsuit against Comair after being escorted off a plane, allegedly because of ...
TshisaLIVE
3 years ago

The star says he doesn't want to be known as the music TV guy.
TshisaLIVE
3 years ago