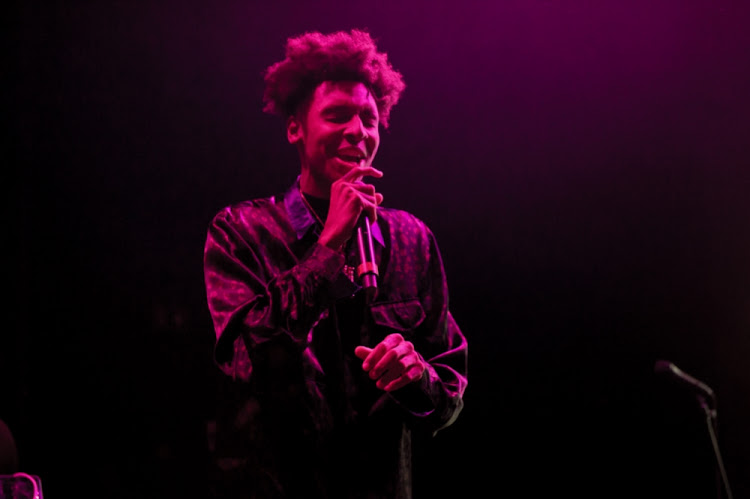 Masego was dragged by fans for his decision to visit Israel.
Image: Joseph Okpako/WireImage

Masego has become the latest musician to come under fire for alleged pro-Israeli views, after performing in the country.

Masego drew sharp criticism over the weekend when he posted a picture of himself with a saxophone next to a caption about Israel and a location tag from Israeli city Tel Aviv.

The star's Instagram Stories documented his journey in the country over the weekend and his comments brought massive backlash on social media from fans who threatened to boycott his music over the decision.

They flooded his mentions with comments that slammed the decision and claimed that he was alienating his local fanbase.

Israel is a whole Apartheid state Masego, this ain’t it

You can't claim to love South Africa and her people then proceed to perform in an apartheid state. Also pretty sure Kendrick wasn't referring to Israelite as the modern nation-state taking part in neo-colonialism

Agh, no sego, no. pic.twitter.com/PoTceyxs4W

You didn’t think about this one enough, chief.

bathong, masego. what do you mean? 💔

The Trap House Jazz pioneer, who earlier this year hit up AKA for a possible collab, has not responded to the backlash.

Black Coffee faced similar backlash in April when he performed in the country. He defended himself by claiming he was not a political party and was just feeding his family.

AKA himself weighed in on the current boycotts after that, explaining during an interview on YFM that he would do the same if the money was right.

"At the end of the day, I have a real life that I need to live. I have dreams and aspirations . I have a daughter and a family. R3-million could change my whole circumstance. I am sorry, but in life there are times when it is every man for himself, whatever your political stance."

Zakes' comment started a fierce debate on social media with many dragging the veteran over the coals for what they labelled as his "petty" behaviour.
TshisaLIVE
3 years ago

AKA: I would perform in Israel for the right amount

AKA says he'll warm up the jet if an offer to perform in Israel is good.
TshisaLIVE
3 years ago

DJ Black Coffee has come out to defend himself after thousands of social media users hauled him over the coals for his recent performance in Tel ...
TshisaLIVE
3 years ago