Sophie Ndaba's hubby gets viciously trolled about her weight loss 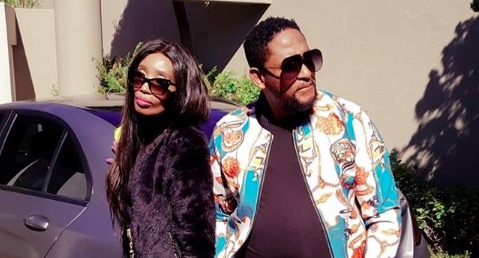 After being body-shamed for her weight loss, actress Sophie Ndaba-Lichaba has opened up a bit more about the kind of comments her family has had to put up with.

Sophie addressed vicious comments surrounding her weight on social media last week after a picture of her went viral and some trolls even commented on how she needed a HIV test.

The actress who adopted a healthy lifestyle just over a year ago revealed that she had been suffering with diabetes for years and her weight loss was a result of a healthier lifestyle to manage the disease.

During an interview with Drum magazine, Sophie revealed how people even sent nasty comments to her husband, Max Lichaba on social media.

"Just last week a girl sent him (Max) a message on Instagram saying, 'Do you really wake up next to her, isn't she scary?'," Sophie said.

Being in the spotlight for over a decade, Sophie has developed a thick skin to the scrutiny but still can't believe how people could send those close to her such insulting messages.

"People send my husband such nasty messages on social media. Women say, 'That woman looks so weird, do you really love her?'," Sophie added.

Sophie added that her hubby and children have been incredibly supportive throughout her battle against diabetes.

In a lengthy Instagram post last week the actress slammed people for being "heartless" and explained that diabetes was a real killer.

"Some people sadden me because I have lost both my parents through diabetes, I nursed them so I know this killer disease. It's real. No joke. Our fellow sisters and brothers commit suicide because of pressure of what you negative heartless people think. I stopped worrying what any negative person thinks long ago."

Itu Khune to Sbahle: I miss you so much queeno

Itumeleng Khune misses having his partner in crime by his side.
TshisaLIVE
3 years ago