Wondering who she was with at the time, well... 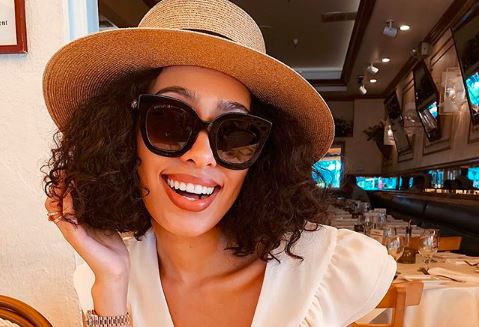 Fans of Sarah Langa, the influencer who has previously dated rapper K.O before she tied the knot to businessman Jehan Mackay, were all ears when she explained how she met her hubby and revealed they were both in relationships at the time.

Chatting to DJ Fresh on Metro FM this week about her life and her career, Sarah revealed that she met Jehan while working as his personal shopper.

Sarah Langa is a married woman

Massive congrats are in order for Sarah Langa who traditionally tied the knot to her beau Jehan Mackay in a traditional ceremony over the weekend. ...
TshisaLIVE
5 years ago

When asked if she was single when she met the man who would later put a ring on it, she didn't sugar-coat the truth.

"No. We both weren't (single) when we met but we knew each other in a professional context because I was basically working for him and we never went beyond that work relationship boundary."

When she was asked if she was dating a musician (K.O) at the time, Sarah was shy and dodged the question.

K.O and Sarah were linked until Sarah confirmed on social media that they had been separated for months in September 2015. Sarah came out to explain that the weren't together anymore after some reports had linked them together again.

"K.O and I are not dating, we have been separated for a few months and the statement published yesterday was reworded and implied false info," Sarah tweeted at the time.

Sarah and her hubby tied the knot just four months after announcing their engagement. And their wedding was beautiful, with Sarah looking breathtaking in a designer red gown with a matching red doek, and she also wore traditional attire during the ceremony.

Uzalo beats Generations record to become most watched show EVER!

The family of the man who died in the car crash involving Skolopad want to know what exactly happened that fateful Saturday.
TshisaLIVE
2 years ago

Babes Wodumo: If you're going to diss me, you should at least be good

Babes has a message for all the 'gqom queen' wannabes trying to make it by dissing her.
TshisaLIVE
2 years ago

Here's why Slikour is rolling with a cast on his leg.
TshisaLIVE
2 years ago