LootLove on her pregnancy: People always want pictures with the bump 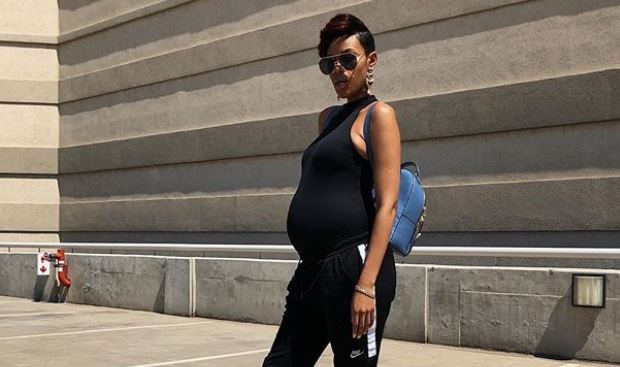 TV and radio personality LootLove wants to keep her pregnancy as low-key as possible to avoid creating a circus out of something so special to her.

The star revealed that she was pregnant with twins in a lengthy Instagram post earlier this month and speaking on her journey so far she said she was overwhelmed by the response, especially from those who saw her and just wanted pictures with the bump.

"I didn't think anything was going to change but the one thing for me has been how many people want pictures now. I don't know it is just a little weird for me when people always want pictures with the bump," she said on her Metro FM show with DJ Speedsta.

After a discussion about how pregnancies can often become massive media-fodder, Loot said she just wanted to try to keep things as normal as possible and not make it into the biggest event of 2018 and 2019.

"I am going to try to keep it to myself and everyone can see what they see at the end," she added.

She explained to her followers that she chose to keep it from them because she wanted to protect those close to her.

"The most important thing for me has been protecting my family, my persons family, his beautiful children and respecting tradition. My silence has had everything to do with making sure that everyone who matters has their moment with this, that they feel everything, from shock to happiness to curiosity to excitement. All of it. Alone, without the rest of the country pitching in, hounding them/adding commentary/calling or harassing them etc. Its a beautiful time, it’s a sacred time, it’s our time."

LootLove is savage: 'You speak like a man with a minimised p**is'

LootLove sends a tweep running for the hills with a savage clapback.
TshisaLIVE
3 years ago

LootLove is glad that Mzansi now knows about her pregnancy.
TshisaLIVE
3 years ago

The hater made insensitive remarks about Lerato K not being able to have kids and suggested Reason could sort her out.
TshisaLIVE
3 years ago