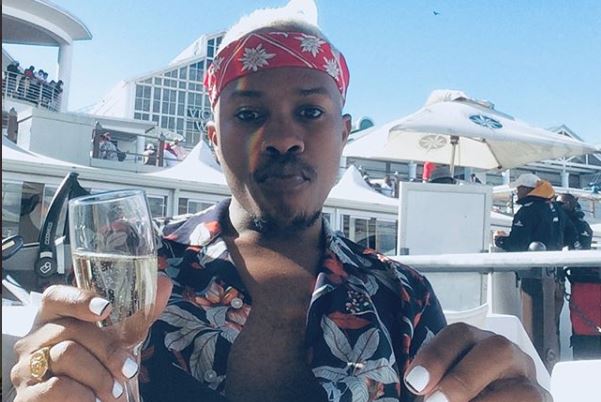 Former YoTV presenter Lumko Johnson is moving his YouTube series Quote Unquote to a new home after announcing that he is in the final stages of taking the popular series to US streaming network Netflix.

Lumko announced the good news in a series of posts on social media and said the series was born from some of his darkest hours as a celeb in Mzansi.

The star, who earlier this year detailed how he got R30k for a job and blew it all in a matter of days so that he could show his celebrity status wrote, produced and shot the entire story of young millenials trying to find their way in the world.

"It is loosely based on my life but there are some exaggerated incidents that have been created for the story. I initially shot the series to be a pilot but because I was not happy with some of the offers from broadcasters, I chopped it up and made it into a web series," he told TshisaLIVE.

Lumko said that after the success of the first season, he got interest from the likes of Netflix and another international streaming service to create a new season which they would debut on their platform.

He said that while the Netflix deal still needed to be signed, he was confident that it would soon hit screens.

"I think that it tells a different story to what we have seen before. It is the everyday story of life but told through the perspective of a queer person. But having said that, it is now an LGBTI series, it is about young people trying to navigate their lives around love and career and family."

Here are just some of the things we learnt about our favs from the 'get real' trend.
TshisaLIVE
4 years ago

'If it's all a f**kin prank, I hate you,' Lumko Johnson's heartbreak for Akhumzi

"Someone is going to f**king punch you in the face," Drake said when talking about Pusha T's diss track.
TshisaLIVE
3 years ago